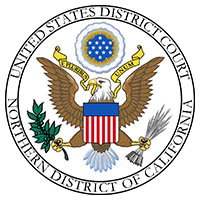 Nashville, TN –  Following a seven-week jury trial in U.S. District Court earlier this year, a federal jury convicted five members of the Gangster Disciples of multiple counts relating to a racketeering conspiracy and a drug distribution conspiracy, which plagued the Clarksville, Tennessee area with violence and murders for more than a decade, announced U.S. Attorney Don Cochran for the Middle District of Tennessee and Assistant Attorney General Brian A. Benczkowski of the Justice Department’s Criminal Division.

Marcus Termaine Darden, aka, “Tuff,” 41, and Elance Justin Lucas, aka, “Mac Luke,” 30, both of Guthrie, Kentucky; Derrick Lamar Kilgore, aka, “Smut,” 35, and DeCarlos Titington, aka, “Los,” 44, both of Clarksville, Tennessee, were convicted at trial.

According to evidence and testimony at trial, the defendants are all members of the Gangster Disciples, a criminal organization that originated in Chicago and spread through the midwestern and eastern United States.

During a portion of the conspiracy, Marcus Darden was the “regent” of the “615 region” of the Gangster Disciples, making him the highest-ranking member of the gang in the Middle Tennessee area.

In that role, Darden exercised control over Gangster Disciples activities in Clarksville, Nashville, Murfreesboro, and Gallatin, among other cities. Darden also reported to a statewide “governor” of the Gangster Disciples.

Members of the Gangster Disciples criminal enterprise engaged in acts of violence including murder, attempted murder, witness intimidation, and obstruction of justice. These members also sold powder cocaine, crack cocaine, marijuana, and other controlled substances, and exercised control over certain territories in Clarksville.

As part of the conspiracy, each defendant agreed that a member would commit at least two acts of racketeering activity for the Gangster Disciples.

The evidence at trial proved that the defendants and other members of the Gangster Disciples murdered members of the rival Bloods gang in Clarksville, including Jessie Hairston in September 2007.

The evidence also showed that, in January 2006, and as part of the Gangster Disciples’ effort to consolidate power in Clarksville, Marcus Darden shot a rival Crips gang member, who was life-flighted to Vanderbilt University Medical Center for treatment.

In December 2007 Darden also shot an unarmed person in the parking lot of a nightclub because that individual had “disrespected” him. These defendants were also responsible for a drive-by shooting in Clarksville in August 2014 targeting members of the rival Vice Lords gang.

During this shooting, members of the Gangster Disciples, including Derrick Kilgore, rode through a residential neighborhood and began firing AK-47 style assault weapons.

During this incident, four innocent bystanders, including a 16-year-old, were struck by gunfire and were transported to a local hospital for treatment. One woman was shot three times in the abdomen and suffered serious, life-threatening injuries.

DeCarlos Titington also attempted to shoot and kill two members of the rival Vice Lords gang after a brawl inside a convenience store in Clarksville in December 2014. During this incident, Titington fired 14 rounds from a Glock semi-automatic handgun, striking a vehicle occupied by rival Vice Lord gang members.

Titington pleaded guilty to this conduct in state court, and although he was acquitted of federal attempted murder in aid of racketeering charges in connection with this conduct, he was convicted on a racketeering conspiracy charge which encompassed this conduct.


These violent acts were intended to further the gang’s activities and maintain and increase a member’s position within the organization. Evidence at trial also established that the defendants engaged in witness intimidation through violence or threats of violence, and prevented or deterred individuals from cooperating with law enforcement.

Additionally, the government introduced evidence and testimony showing that law enforcement officers conducted undercover buys of cocaine and crack cocaine from Darden, Burks, Kilgore and Lucas between 2010 and 2015. During this investigation, law enforcement also seized numerous firearms, controlled substances, and other contraband.

Assistant United States Attorney Ben Schrader of the Middle District of Tennessee and Trial Attorneys Shauna Hale and Ivana Nizich of the Criminal Division’s Organized Crime and Gang Section, are prosecuting the case.

Facebook
Twitter
Pinterest
Email
Print
Previous articleTennessee Unemployment in October went up in some Counties, down in others
Next articleClarksville Police identify Ashley Brashears as person who used Stolen Credit Card after Vehicle Burglary