Posted By Clarksville Online News Staff On Thursday, December 5, 2019 @ 11:07 am In Education | No Comments

Clarksville, TN – If you’re looking for someone to manage your investments in the next few years, make sure they have a degree from Austin Peay State University (APSU). That’s because a group of APSU business students recently earned several prominent accolades for their work overseeing close to a million dollars in investment funds. 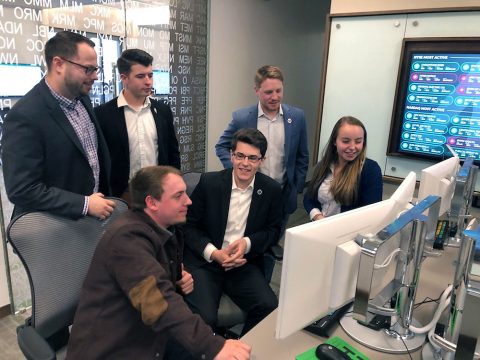 “This is real money, and they’re learning real skills they can take with them,” Dr. Michael Phillips, APSU professor of finance, said. “They do a good job on a consistent basis, which means we have students that really care. And it’s literally a student-managed fund. We oversee it and give them guidance, but they do the decisions and they do a fantastic job.”

Last year, Austin Peay State University alumnus and University Trustee Larry Carroll donated $250,000 to the APSU College of Business to give students the opportunity to invest with real money. Carroll, who is consistently named among Forbes’ Top Wealth Advisors in the Country, provided the money in October 2018, leaving the APSU students in charge of the quarter of a million dollar fund.

“In a nutshell, they told us, ‘Here is $250,000 – figure out what to do with it,’” Matthew O’Brien, president of the student team, said. “We were trying to figure out how to invest the money so we didn’t even touch the fund until January. Before we touched the money, it lost $20,000 because the market dropped.”

This wasn’t a hypothetical $20,000. That money was part of Carroll’s gift to the college, and the loss prompted the team to form an investment strategy that would earn that money back. The students identified 11 business sectors for each team member to analyze and decide which companies they should include in their portfolio.

“We got together and decided, ‘we don’t want to be in this sector or we really like technology or we really like health care,’” O’Brien said. “That kind of drove our allocation process. It was definitely a democratic process to decide where to go.”

For the Chicago competition, the students demonstrated how from October 2018 to October 2019 the Govs Fund earned a 4.5 percent return, outperforming the Standard and Poor’s Index of 2.3 percent.

“When we made our moves, it was a good time; we were lucky because the market recovered,” O’Brien said. “But we did a really good job picking our funds because that’s what we presented in Chicago. We almost doubled the S&P Index. Not bad for the first time.” 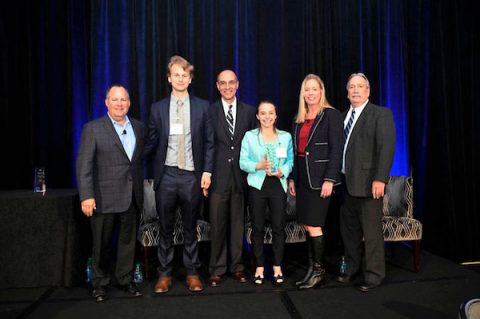 Since 1998, the TVA has hosted its Investment Challenge, which has student investment teams from 25 universities competing to manage and earn the highest return for TVA funds. During the competition, students develop long-term investment strategies, place trades and provide performance reports to TVA. At Austin Peay State University, the investment team is made up of students enrolled in Phillips’ Selecting Equity Investments course.

Even though it’s a class, the students make the final decision on how the TVA funds should be invested.

“We start with how to develop an investment philosophy, and then we ask, ‘what is a good company and why should you invest in it?’” Riley Perkins, vice president of the student team, said. “There are about 30 stocks we’re currently invested in, and we distribute the responsibility to follow these stocks throughout the semester.”

The students also look for new stocks that might help the portfolio’s growth.

“We have to make a decision whether we buy or sell,” she said. “Then at the end of the semester we present our performance at the TVA conference.”

The fund outperformed the benchmark with 481 basis points, earning the team a second-place finish at the competition.

“At TVA, they were super impressed,” Phillips said. “They competed against 25 universities, and they knocked it out of the park.”