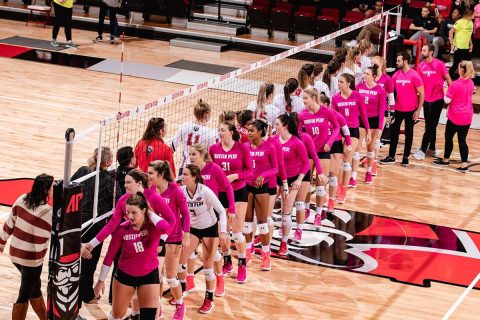 “At Austin Peay we intend to win with class as representatives of this great university,” said Austin Peay State University Director of Athletics Gerald Harrison [1]. “We expect our student-athletes to lead in this area and head coach Taylor Mott [2] and her team are great examples of this idea. They have been champions on the court two of the last three seasons and they continue to represent themselves and this university the right way.”

In 1995, the Ohio Valley Conference implemented a first-of-its-kind “Sportsmanship Statement,” a policy promoting principles of fair play, ethical conduct and respect for one’s opponent.  The statement answered the challenge of the NCAA Presidents Commission to improve sportsmanship in collegiate athletics and has become a model for others to follow across the nation.