HomeNewsTennessee Unemployment Sits Below 5 Percent in Nearly Every County
News

Tennessee Unemployment Sits Below 5 Percent in Nearly Every County 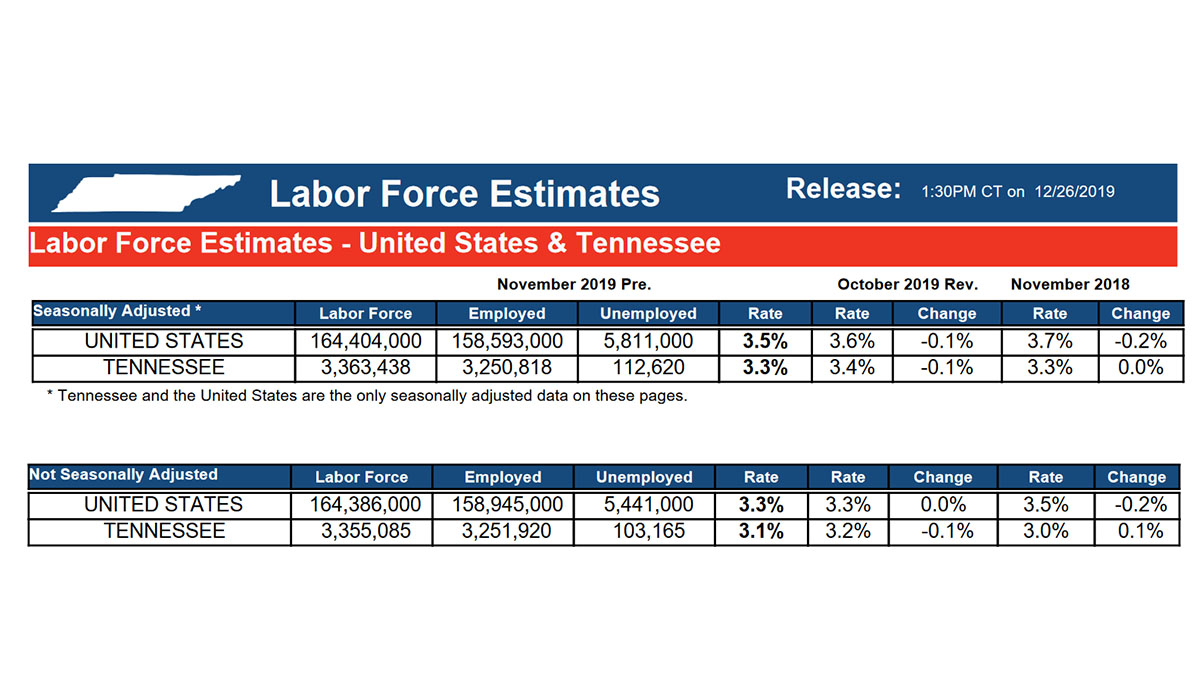 Nashville, TN – Unemployment dropped in more than one-third of Tennessee’s 95 counties in November, according to newly released data from the Tennessee Department of Labor and Workforce Development (TDLWD).

Unemployment remained the same in November, as it was in October, at 3.4 percent for Montgomery County. 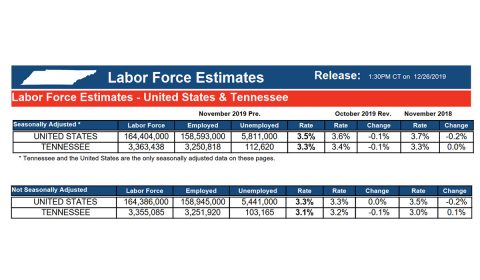 Rates decreased in 38 counties, remained the same in 24 counties, and unemployment increased in 33 counties during the month.

“It’s very encouraging to have so many counties with unemployment rates below 5 percent during November,” said TDLWD Commissioner Jeff McCord. “As we moved closer to the busy holiday season, more Tennesseans were taking home paychecks, which is the ultimate goal.”

Williamson County has the state’s lowest unemployment rate at 2.2 percent. That figure is down 0.1 of a percentage point when compared to October.

Davidson County has the second-lowest unemployment rate for the month. Its current statistic of 2.3 percent mirrors the rate from the previous month.

Clay County experienced an increase in unemployment, giving the county the state’s highest unemployment rate. Its rate jumped from 5.2 percent in October to 5.9 percent in November.

Statewide, seasonally adjusted unemployment was down 0.1 of a percentage point when compared to October, setting the November 2019 rate at 3.3 percent.

The United States’ unemployment rate for November is 3.5 percent, 0.1 of a percentage point lower than it was in October.

The November 2019 unemployment data for each of Tennessee’s counties can be found by following this link.