The Lou Henson Award is presented annually to the nation’s top Division I mid-major player. 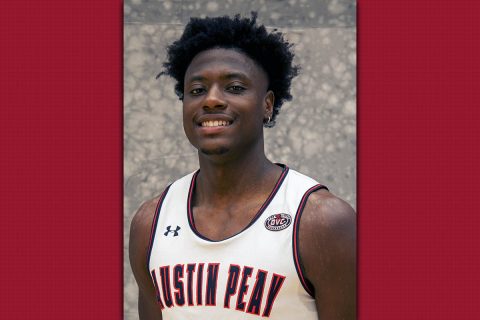 Henson is the winningest coach in Illinois basketball history with 423 victories. During his 21 seasons (1975-1996), Henson led the Fighting Illini to 16 postseason appearances, including 12 NCAA tournaments and a Final Four appearance in 1989.

The preseason Ohio Valley Conference Player of the Year according to both the media at-large and the league’s coaches and athletic communications directors, Taylor remains on the list after being a preseason choice as well.

He’s already earned a program-record five OVC Player of the Week honors during his junior campaign—the single-season league record of eight belongs to future NBA first-round draft picks Ja Morant and Kenneth Faried. He’s one of 13 active Division I players with 1500 career points and 700 career rebounds, and the only one who has yet to finish his junior season.

Taylor is one of 50 mid-major players to appear on the list; Belmont’s Nick Muszynski is the only other OVC player on the list.

The 2019-20 Lou Henson National Player of the Year Award will be announced in April 2020 in Atlanta, GA, site of the men’s Division I NCAA Basketball Championship.