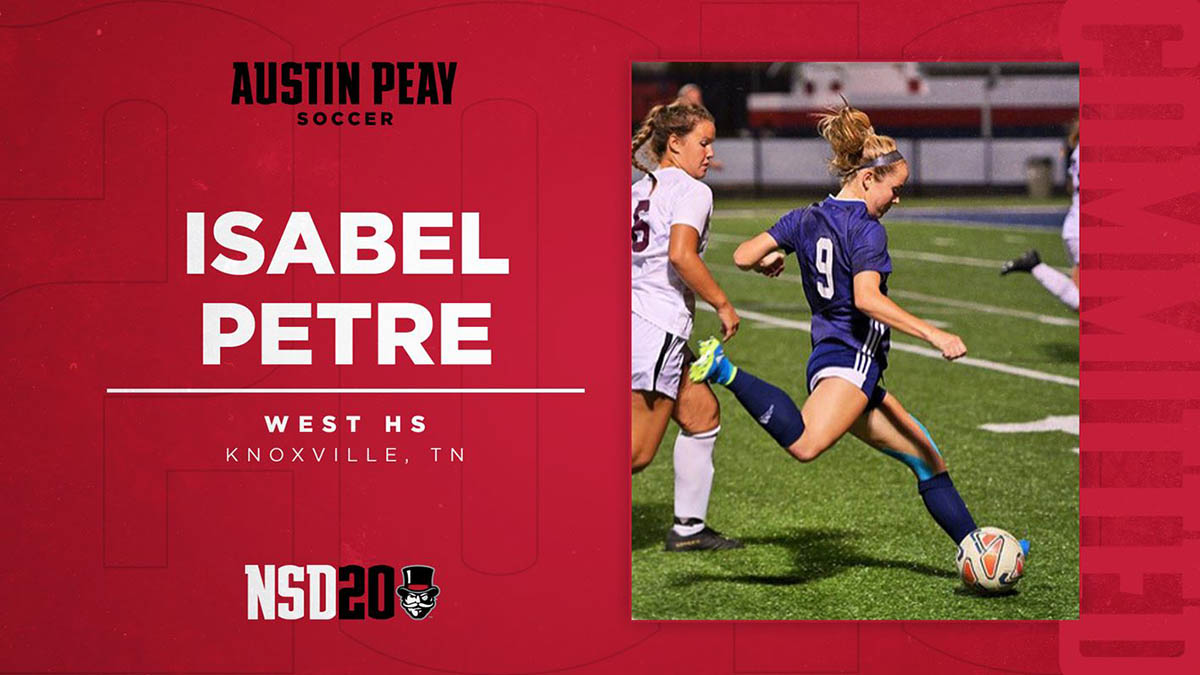 Clarksville, TN – Austin Peay State University (APSU) head soccer coach Naomi Kolarova has continued her in-state recruiting with the signing of Isabel Petre, her fourth signee in the 2020 class that hails from the state of Tennessee. 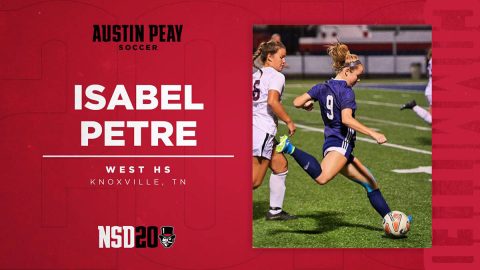 Petre will join Tori Case, Courtney Steck, and Hannah Wilson in the 2020 signing class, that is exclusively from the Volunteer State.

A Knoxville native, Petre played under coach Anton Van den Burg at West High School. Petre was a four-time Golden Boot winner during her prep career. During her time as a Rebel, Petre was named an All-District and All-Region player all four years of her career, receiving first-team All-District honors twice and First-Team All-Region honors once.

With 89 career goals, Petre is the West High School all-time leading goal scorer, having scored a remarkable 27 and 24 goals during her final two seasons – which led to her being named the D1-AAA Forward of the Year both years. Petre capped off her senior season by receiving THSSCA First-Team All-State honors.

Why Isabel chose APSU
“I chose Austin Peay because they have what I am interested in studying, a great soccer program for me to compete in, and a great population and campus size.”

Thoughts from coach Kolarova
“Isabel is an attacking minded player that knows how to score goals. She is motivated and hungry going forward, yet maintains her composure in front of the goal. We expect her to contribute to our offense next season and are excited to see the energy and intensity she will bring.”