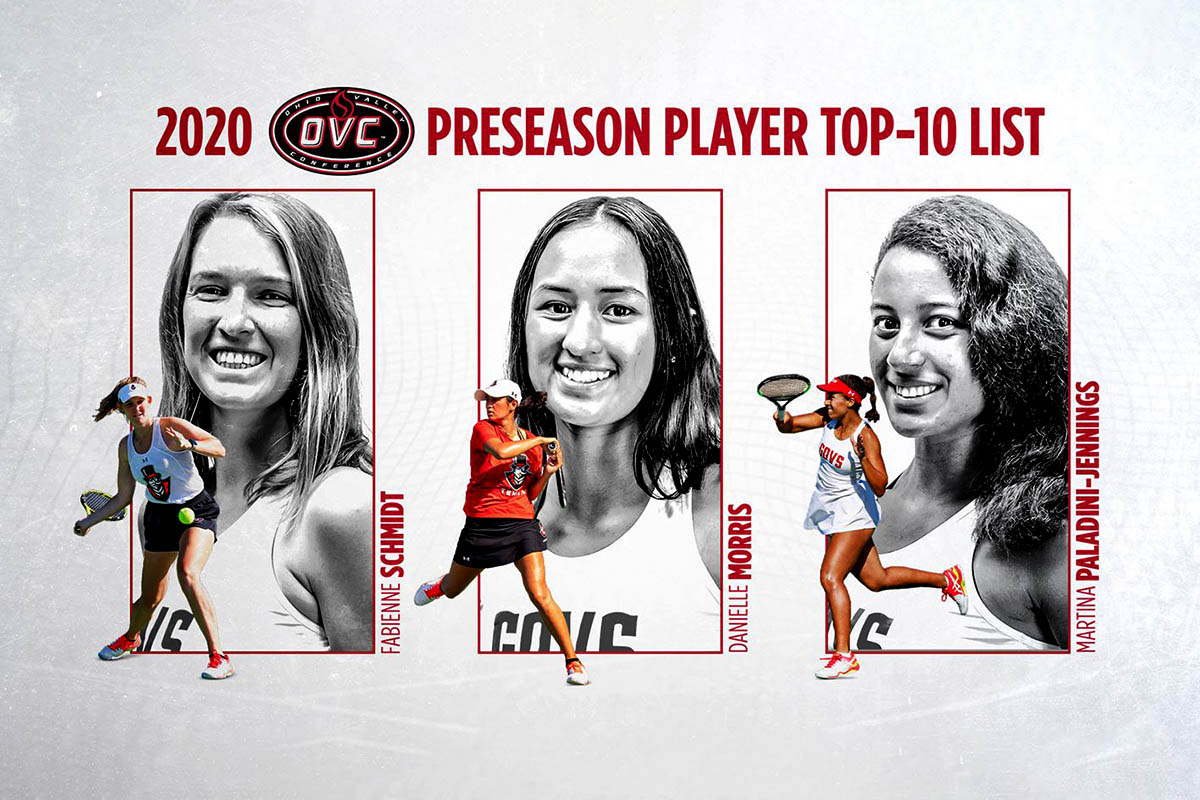 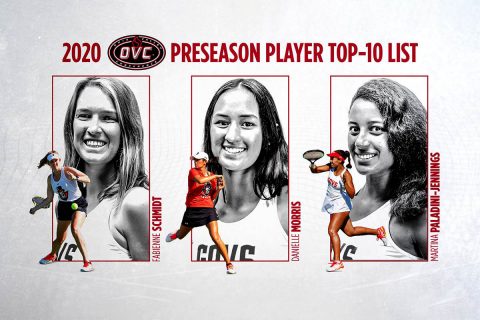 Fabienne Schmidt, Danielle Morris, and Martina Paladini-Jennings were also all named to the 2020 OVC Women’s Tennis Preseason Top 10 List – making the Govs the only team in the conference with three players on the Top 10 List.

Last season, head coach Ross Brown led the women’s tennis program to their best season in program history and a first-ever trip to the NCAA Tournament. In the regular season, Brown led the Governors to a perfect 22-0 mark that included 15 sweeps. From March 13th to April 13th, Brown’s Govs lost just one individual match, sweeping seven of eight matches.

The undefeated regular season led to Brown’s first OVC women’s regular-season title. In the OVC tournament, the Governors beat Southeast Missouri 4-0 in the semifinals, before dispatching UT Martin in the same fashion to claim their first OVC Tournament Championship.

This year, after another successful fall season, the Governors were chosen to repeat as OVC Champions, receiving six-of-nine first place votes. Murray State was tabbed to finish in second place behind the Govs, picking up a pair of first-place votes. Jacksonville State and Southeast Missouri round out the top-four, with the Redhawks receiving the final first-place vote.

After posting a 19-4 singles record and a 15-4 mark in doubles play, Schmidt was tabbed as the No. 2 ranked player in the OVC heading into the spring season. Schmidt was a All-OVC Second-Team selection a year ago during her sophomore season, after taking home First-Team honors and the Freshman of the Year award during her rookie season.

Morris was named the No. 6 player in the OVC, following a freshman season that saw her go 21-6 in singles play and 16-5 in double action. Last season, Morris went on an 11-match winning streak in singles play, the longest streak by a freshman in Austin Peay State University history.

The final Governor named to the Preseason Player Top 10 List is sophomore-transfer Martina Paladini-Jennings, who was ranked No. 10 in the conference. Paladini-Jennings comes to the Governors by way of East Carolina University, where she posted an 11-5 singles record and a 7-5 record in doubles as a freshman.

During her first fall season in Clarksville, Paladini-Jennings went 5-2 in singles action, and posted a 2-1 mark in doubles play – playing exclusively with fellow sophomore-transfer Aleks Topalovic.

Austin Peay State University women’s tennis will kick off the 2020 spring season with a 1:00pm, Monday, match against Chattanooga at the Governors Tennis Center. After opening the season in Clarksville, the APSU Govs will embark on a five-match, three-state road trip, for scores and updates while the Governors are on the road, follow along on Twitter (@AustinPeayWTN).