This will mark the 57th meeting between these programs, with the Lady Vols leading the all-time series by a 49-7 advantage. The series has been a streaky one. UA brings a five-game winning spree into Knoxville. 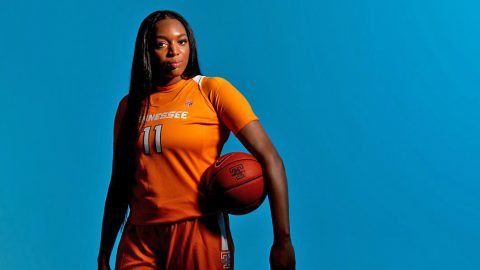 Tennessee won its third straight league game and picked up its sixth victory in its last seven contests on Thursday night, as the Lady Vols scored 27 points off turnovers and shot 53.3 percent en route to a 78-50 runaway over Florida in Gainesville.

Alabama comes into Monday night’s contest with a week’s worth of preparation. The Crimson Tide women haven’t played since going on the road and defeating in-state rival Auburn by a 75-48 count on January 12th. The win over the Tigers was a big one, as Bama had entered that game on a three-game losing skid to open the SEC schedule at 0-3. UA now is tied for 10th in the league standings.

Following Monday night’s battle, Tennessee departs Tuesday for Hartford, Conn. The Lady Vols will renew a storied rivalry with #4/5 UConn on Thursday at 6:00pm CT (ESPN). The match-up is part of a fundraising effort for the Pat Summitt Foundation, the Women’s Basketball Hall of Fame and the Naismith Memorial Basketball Hall of Fame, and both teams will be taking part in festivities leading up to the game.

Monday night’s game will be televised by the SEC Network with Brenda Van Lengen (PxP) and Christy Thomaskutty (Analyst) handling the call.

Monday is Martin Luther King Jr. Day, and Lady Vol Basketball will commemorate the life and achievements of the influential American civil rights leader throughout the evening.

Gates open at 5:00pm CT on Monday. Tickets are all just $5.00. Purchase yours today at AllVols.com.

Want to be the Jr.Vol of the Game? Sign up for the Jr.Vol Club today and get the chance to see yourself on the video board. Members also receive free Jr.Vol swag, tickets to games for all sports and exclusive Jr.Vol events.

Come High-Five the Lady Vols. Kids 12 & younger can pick up a wristband at the Fan HQ table on the concourse to participate in the pregame High-Five Tunnel. Wristbands are limited. To purchase discounted group tickets and reserve wristbands for your team, call 865.946.7000.

You can be a part of the Lady Vols’ electric introductions. Make sure to download our light show app courtesy of Coca Cola. The “Hoops Hype” app is available free of charge from the Apple Store or the Google Play Store.

Halftime entertainment will be the very popular Mutts Gone Nuts.

The No. 24/25 Lady Vols picked up their third-straight SEC win on Thursday night, defeating the Florida Gators in Gainesville, 78-50.

Junior Rennia Davis [2], playing in front of family and friends who made the drive from Jacksonville, led the effort for Tennessee (14-3, 4-1 SEC), finishing with 18 points and five rebounds. Sophomore Rae Burrell [3] was also in double digits with 11 points.

Who Says You Can’t Go Home?
Junior Rennia Davis [2], a Florida native from nearby Jacksonville, put on a show for her home state, knocking down 10 points in the first quarter alone. She went on to finish with 18 points and five rebounds in 28 minutes of action.

Turning The Tables
After falling behind 6-2 in the opening minutes of the game, Tennessee put together a 26-5 run over 10 minutes to lead 28-11 by the 7:19 mark of the second quarter.

Cashing In On Turnovers
Tennessee forced 16 turnovers against UF, turning them into 27 points to account for more than a third of the UT’s total points on the night.

Thunder From Down Under
Freshman Jessie Rennie [5] continued her sharp-shooting ways, going 2-of-4 from beyond the arc against Florida.  She is averaging 60.9 percent over the last nine games. Her season 3-point shooting average of .447 leads the team.

Owning The Line
UT hit nine of 10 free throws against Florida and is 57 of 71 in SEC play, shooting 80 percent from the free-throw line in conference games.

Potent Offense
The Lady Vols shot 53 percent on the night, marking the eighth time this season and the third time in SEC play they have hit at least half of their shots. That occurred only three times during the 2018-19 season.

If Tennessee is victorious against the Crimson Tide, Kellie Harper [6] would earn the 300th victory of her 16-year head coaching career.

With a win over Bama, UT would claim its 400th SEC regular season triumph. That total ranks first in the league by more than 90 victories.

The Lady Vols are trying to open 5-1 in SEC play for the first time since 2014-15. That year, UT was undefeated through six games and won the SEC title with a 15-1 record.

Freshman Jordan Horston [7] and sophomore Jazmine Massengill [8] are each averaging 5.4 apg. in SEC play to rank fourth in the league.

Freshman Tamari Key [11] is tops in the SEC with a 4.6 blocks per game average in league play.

After hitting 75 percent on free throws only once the first 13 games, UT has hit 75 percent or better the past four contests and is leading the SEC in league games at 80.3 percent.

The Lady Vols allowed 69.1 points per game in 2018-19, which was the second highest ever allowed by UT. In 2019-20, UT is allowing a 54.4 average which currently is tops in school history, albeit with a tough schedule ahead.

Freshman Jordan Horston [7] is averaging 12.0 points per game in SEC play, which ranks second on the team. She is tied for the team lead with 27 assists.

Jazmine Massengill [8] also has 27 assists in league contests and has committed only six turnovers for a 4.5 to 1 assist-to-turnover ratio.

Freshman Tamari Key’s [11] 46 blocked shots rank her No. 12 in the nation and second in the SEC. She is currently averaging 4.6 per game in SEC play, which leads all league players.

Rae Burrell [3] had 11 points off the bench vs. Florida, marking the eighth time she has hit double figures as a reserve this season.

Jordan Horston [7] had a six-game streak of scoring in double figures end at Florida. With another point vs. Florida and one more vs. Stanford, Horston’s streak would be standing at nine games.

The Tennessee Lady Vols hold a 49-7 all-time record vs. Alabama, dating back to January 22nd, 1977, but the Crimson Tide is riding a five-game win streak in the series with Tennessee.

UT failed to surpass 65 points in any of those losses and gave up 72, 72 and 86 the past three times these schools played.

Against the Tide, the Lady Vols are 22-1 in games played in Knoxville, 18-3 in Tuscaloosa and 9-3 at neutral sites.

There has never been an overtime game in the series.

About The Alabama Crimson Tide

Alabama enters the game with an 11-6 overall record and 1-3 SEC mark.

UA returned four starters and 10 letterwinners from last year’s team that posted a 14-17 record, including 5-11 in the league (11th).

Junior Jasmine Walker tallied her third double-double of the season after dropping in 23 points, including knocking down four three-pointers to go along with 10 rebounds.

Zaay Green [15] recorded her first career double-double and No. 20/17 Tennessee out-rebounded Alabama, 49-44, but it wasn’t enough to overcome a UA team that shot a blistering 50 percent from the floor en route to an 86-65 Tide victory in Tuscaloosa on January 17th, 2019.

The Lady Vols (21-5, 9-4 SEC) came out on the losing end of a streaky game that saw leads exchanged on three different double-digit runs. Tennessee had the advantage in the paint, out-rebounding the Crimson Tide 45-39, but Alabama (16-10, 6-7 SEC) won the game behind a 42.6% field goal percentage.

Tennessee had three players in double figures. Nared led the Lady Vols with 22 points, Rennia Davis [2] scored 18 and Mercedes Russell [17] added another 11. Both Davis and Russell collected double-doubles on the night, grabbing 10 and 11 rebounds, respectively.