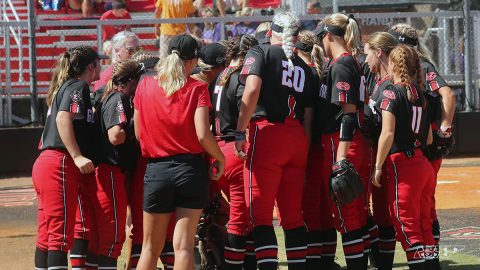 The Govs come into the season after posting a 33-22 overall record in Stanfill’s first season at the helm, including a 16-6 mark in Ohio Valley Conference play.

“We are very excited to get going,” Stanfill said. “We’ve been practicing for about three weeks, so actually getting to play the game is exactly what they are looking for. Chattanooga is a good squad, but we are going to be focusing on us and playing Austin Peay State University softball and coming out and give them everything we’ve got.

“We’ve got a good idea of what we look like and what we can bring to the table, but we will use the first couple of weeks to still try to figure out some odds and ends, but overall I think we’re good with no matter who we put out on the field and they will be ready to go out and compete.”

Osowski led the APSU Govs in batting average as a freshman in 2019, finishing with a .387 average that included 11 doubles and 17 RBI’s, earning OVC Second-Team honors, as well as being selected to the National Fastpitch Coaches Association Central Region Third Team.

Shorter, who struggled through an injury-plagued sophomore campaign after being selected the OVC’s Freshman of the Year in 2018, finished with a .207 batting average, five doubles, and 17 runs scored; but put together a great OVC Tournament and was named to the All-Tournament Team.

One potential returning starter from last season that won’t be available for Ausitn Peay State University this year is senior pitcher/first baseman Kelsey Gross [9] (.315, 4 HR, 24 RBI; 8-1 W-L, 2.13 ERA), who due to injury will have to sit out this season, but will be redshirted and will return to action in 2021.

Joining this group this season are eight newcomers, including two junior college transfers to go with six true freshmen.

The Mocs enter the season as the favorite to win the Southern Conference in their preseason poll after posting a 37-17 record a year ago, which included a trip to the NCAA Tournament.

They also boast both the SoCon Preseason Player and Pitcher of the Year in outfielder Aly Walker and pitcher Celie Hudson, along with Preseason First-Team All-SoCon selections Allison Swinford (pitcher) and Emily Coltharp (infielder), as well as Second-Team selections Emma Sturdivant (infielder) and Hayleigh Weissenbach (outfielder).

This will be the first time since the 2011 season where Austin Peay State University softball has opened a season within the State of Tennessee borders, with the last being when they participated in the Belmont Classic that was held in in Columbia.

The doubleheader will be only the 10th and 11th games between the two in-state rivals since their first meeting back on February 28th, 1998.

Chattanooga is the first of six opponents on the Govs schedule in 2020 that played in the NCAA Tournament last year.

This weekend’s action versus Chattanooga will mark the first of two Southern Conference teams the Govs will play this year (Samford).