Clarksville, TN – After creating some space in the Ohio Valley Conference postseason race, the Austin Peay State University (APSU) women’s basketball team will have another chance to do so when they host a 1:30pm, Saturday game in the Dunn Center against Eastern Kentucky, who sits just a game behind the Governors for the eighth and final spot in the OVC Women’s Basketball Championship. 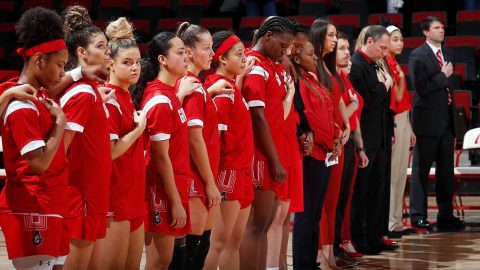 Eastern Kentucky has one back-to-back games for the first time in OVC play, and will put that streak to the test against Austin Peay State University as they look to run down the Governors in the OVC standings.

About the Eastern Kentucky Colonels

After going winless in Ohio Valley Conference play and finishing in last place a season ago, Eastern Kentucky was picked to finish in 12th place again in both the OVC Coaches and SIDs Poll and the OVC Media Poll. But after the first 13 games of the OVC season, the Colonels sit at 4-9 in conference play, having won back-to-back games to move within one game of the final two spots in the OVC Basketball Championship.

The Colonels sit in the middle of the OVC in three-point shooting, averaging 5.9 made triples per contest. Behind the arc, Eastern Kentucky is led by junior Terri Goodlett, who has made 31 triples this season and is averaging 1.5 per game.

Three-time and reigning OVC Newcomer of the Week I’Liyah Green leads Eastern Kentucky in rebounding, averaging 7.4 boards per game, she ranks ninth in the conference.

This is the 82nd meeting in a series that dates back to 1978; the APSU Governors trail in the all-time series 34-47, but have won each of the last three meetings. On the Govs three-game winning streak against the Colonels, they are winning by an average of 23 points per game.

On the road at McBrayer Arena in Richmond, Kentucky, Austin Peay State University picked up an 80-60 win last time out against Eastern Kentucky, clinching a spot in the 2019 Ohio Valley Conference Basketball Championship.

Leading the way for Eastern Kentucky, Abby Wright posted 16 points and six rebounds. Shay Solomon chipped in 14 points, five rebounds, and five assists, but the Colonels came up short  and dropped their second game of the season against the Govs.

Once again Austin Peay State University will have a chance to create some space in the postseason race, as Eastern Kentucky sits one game behind the Governors, who are tied for the eighth and final spot in the OVC Basketball Championship.

A win would extend the APSU Governors winning streak against EKU to four games, the longest since the Govs won seven-straight against the Colonels from February 2nd, 2002 to March 6th, 2004.

The Austin Peay State University defense is averaging 20.8 turnovers forced per game, which ranks 22nd in the country and leads the Ohio Valley Conference.

The Governors lead the OVC with a plus 4.46 turnover margin and are the only team in the conference that has forced more than 460 turnovers this season.

APSU became the third team in program history to make 200-plus threes in a season when they knocked down eight triples last time out against Murray State.

Maggie Knowles [6] is shooting 45.1 percent from three-point range this season, which leads the OVC and ranks 9th in the NCAA. She currently is the Austin Peay State University career three-point percentage leader, shooting 42.2 percent in her career.

For more information on joining the Governors in the Dunn Center this winter, to secure season tickets or to become involved with the Monocle Society, call 931.221.PEAY. You can also purchase tickets online at www.LetsGoPeay.com/buytickets; [7] be sure to access the new 360-degree view of the Dunn Center when purchasing tickets.