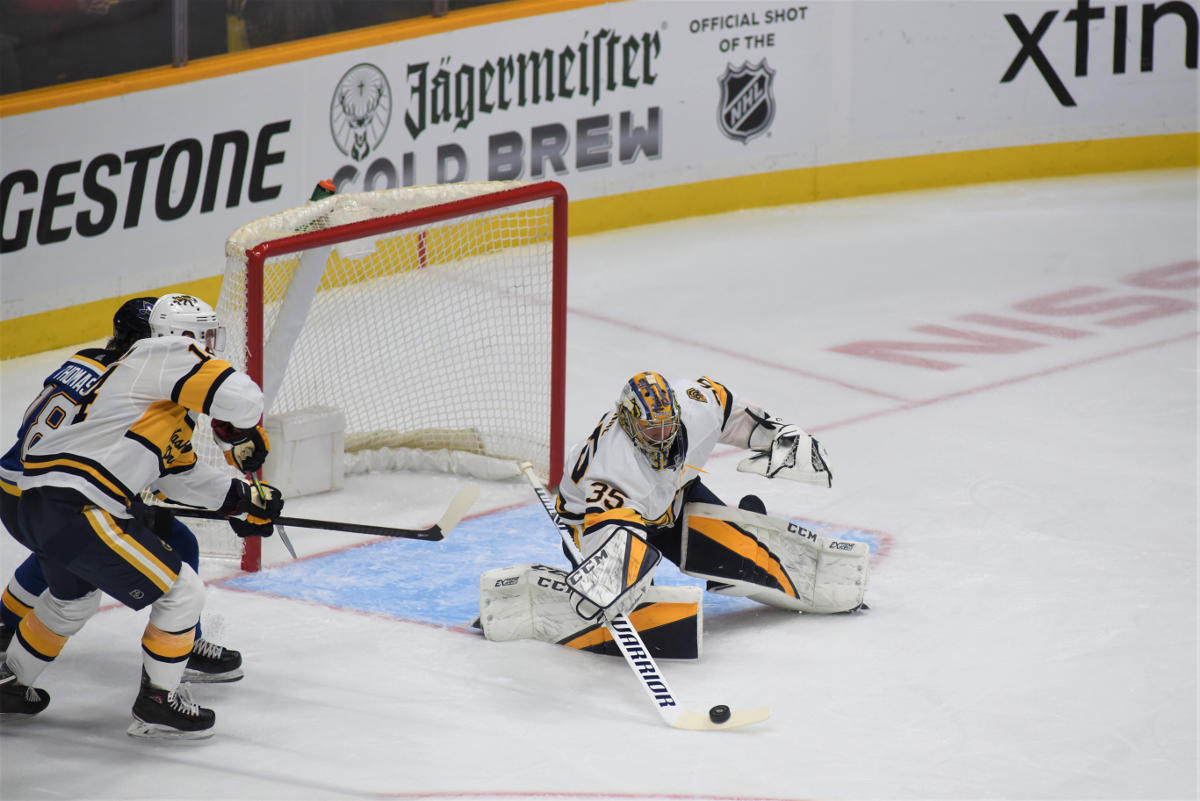 Nashville, TN – The Nashville Predators have made it three in a row with today’s win over the visiting St. Louis Blues 2-1.  Kyle Turris provided the game winner at 17:48 of the final period for the win.

The Predators have now swept the series with St. Louis as they gain the two points, moving them ever closer to a wild-card spot in the Stanley Cup Playoffs.

There was no replay of of last nights fisticuffs in St. Louis as the two teams were obviously conserving their energy for today’s game.  The first period appeared to be a “feeling out” period for the two teams, with no score at the end of the opening period.

Craig Smith changed all of that though, scoring at 7:55 of the second period.

Smith grabs the loose puck down low and slipped it into the net, beating St. Louis net-minder, Jordan Bennington, and the Predators took the lead, 1-0.

The Nashville lead was erased just over three minutes later at 10:58 when Tyler Bozak fired a wrist shot from the sharp angle that deflected off of Dan Hamuis of the Predators and into the net.  That tied the contest, 1-1.

The Blues out shot the Predators for the game, 39-24, and dominated puck possession in the third period, but were unable to crack Pekka Rinne who was in goal for Nashville.

Rinne has been relegated to back-up status of late to Juuse Saros in goal, but had an amazing game today, stopping 38 shots.

Nashville finds itself just one point out of the wild-card race in the Western Conference, trailing Arizona and Calgary.  The Predators will host Carolina on Tuesday night.