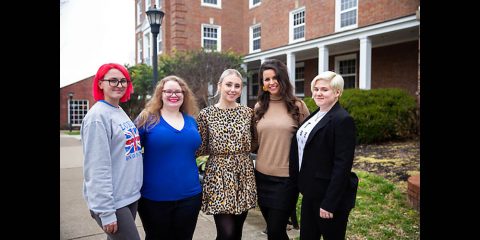 “Even as undergraduate and graduate students, they’re already contributing to their fields,” stated Spofford.

The APSU Students and their presentation topics are:

According to the convention’s website, the annual conference is “a unique event that allows hundreds of members and Chapter Advisors from around the United States and beyond to gather in one locale, share experiences and expertise, be recognized for their achievements, and participate in the official proceedings of the Society.

The convention also provides opportunities to discover new ideas in English and English-related disciplines, while engaging with speakers, presenters, and texts that members might not otherwise encounter.”