Clarksville, TN – Former Clarksville resident Anne Shackelford was heartbroken when her beloved cat, Riley, went missing prior to her move across county to Seattle, WA. But thanks to a community Facebook group, Lost and Found Pets of Clarksville Tennessee [1], Anne was reunited with Riley the cat after 12 months apart and the 2,300 mile distance between them.

In February 2019, Anne woke up one morning to find her indoor cat climbing out of her Clarksville home’s doggy-door. Even after months of avid searching, she could find no trace of Riley. 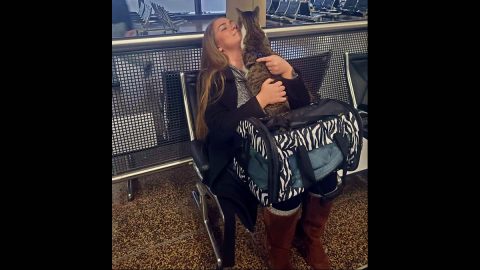 Riley the Cat was reunited with his with Anne Shackelford after 12 months apart.

To complicate things further, Anne had just accepted a new job in Seattle, WA and was preparing to move across the country. Still, she never lost hope in finding Riley.

“He’s so special to me, and everyone was like ‘you can just get another cat,’ and ‘I’m like I can’t. There’s no way I can replace him,’” Shackelford said.

Desperate to locate Riley, Anne took to a Facebook group, Lost and Found Pets of Clarksville Tennessee, to engage the nearly 22,000 group members in the search. Anne was hopeful that fellow pet lovers would recognize Riley’s unique markings and could help.

Little did Anne know, but Riley had been found by Jamie Martin and Annie Rodia with Cats M.E.O.W TNR, a local all-volunteer catch-and-release service in Montgomery County that neuters stray cats and releases them back into the community to help control the stray population. 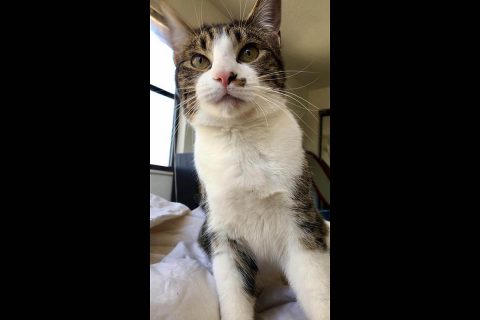 One night in early February, almost a year after Riley disappeared through the doggy door, Anne was scrolling through old posts in the Clarksville Lost and Found Pets Facebook group when she saw a picture of Cats M.E.O.W TNR, capturing a cat that looked just like Riley.

“I scrolled through their Facebook and I found a screenshot of them capturing my Riley, and I sent it to them,” Shackelford said,” And from there it was history!”

Anne reached out directly with pictures of Riley to confirm they were a match. With the assistance of several Clarksville residents, Riley then made the 2,300 mile trip to Seattle to be reunited with Anne.

“We are a community team”, said Linda Smith, administrator of the Clarksville Lost and Found Pets Facebook Group. “We have a group of over 21,000 area residents, partnerships with animal control and area rescues, all committed to reuniting lost pets with their families. We’re amazed that Anne and Riley found each other after a year apart. Thank you to our followers, our partners at Cats M.E.O.W. TNR, and all those that had a hand in reuniting this family.”

Anne knows that without the help of the Clarksville community and the Lost and Found Pets of Clarksville Tennessee Facebook Group, she would have never found and been reunited with Riley. She is grateful to the entire Clarksville Community in helping make this miracle come to life!