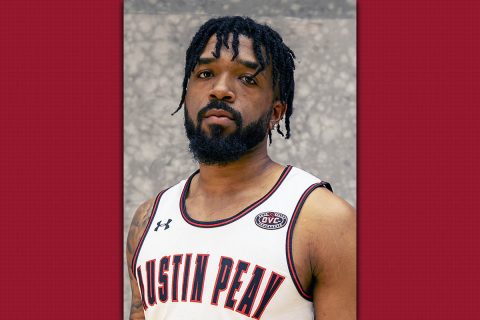 That distinction makes Adams the most-lauded freshman in program history, surpassing Chris Horton [2]. It leaves him one short of the all-time record, set by Eastern Kentucky’s Matt Witt during the 2002-03 season.

Adams posted 21.0 points across two games last week to lead the Govs in scoring. He buffeted a 15-point effort in the home finale against Morehead State with a career-high eight rebounds, then led all scorers with 27 points at Murray State, taking a team season-high 23 shots.

Over the weekend, Adams passed Terry Taylor [3] for the second-highest single-season scoring tally for a freshman with 551 points. He also took possession of first all-time by a freshman with 58 three-pointers.

Adams and the Govs begin their quest for an OVC Tournament title Thursday night in the quarterfinal final round. Tip-off against the winner between Eastern Illinois and Jacksonville State will be at 8:30pm in Evansville’s Ford Center.