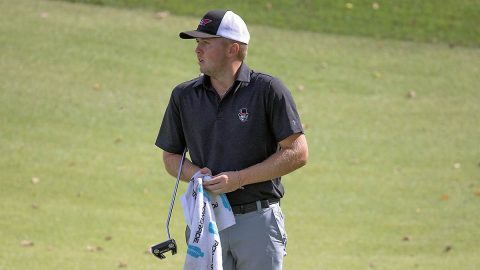 Five Govs will take on the talented field in Auburn, with senior Michael Busse [1] leading off as the No. 1; his 71.4 stroke average is the seventh-best individual mark in the OVC. Chase Korte [2] slots in as the No. 2 this week, followed by senior Austin Lancaster [3], sophomore Micah Knisley [4] and junior Garrett Whitfield [5] to round out the field.

This will be the first stroke play event for the Govs this spring; all five players in the lineup this week also competed in the President’s Day Match Play Championship, February 17th-18th.

Live scoring will be provided by GolfStat.com and a complete recap of each day will be available following the round at LetsGoPeay.com.