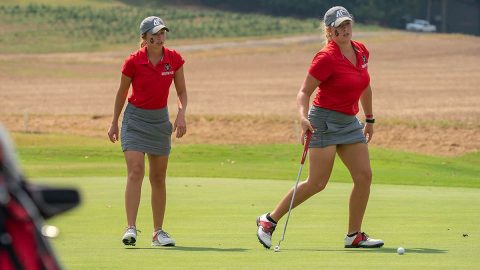 The par-71, 6071-yard track will host both a men and women’s tournament this week.

The same lineup that represented Austin Peay State University at last week’s Kiawah Island Classic is back on the card this week. Taylor Dedmen [2] will lead the way after a 41st-place finish last week, with Meghann Stamps [3] hoping to build off a 49th-place showing of her own.

They’ll be followed by Shelby Darnell [4], Riley Cooper [5] and Payton Elkins [6] to close out the lineup, with Andrea Presilla [7] and Zacori Hill [8] opening their spring sessions this week as well. For Hill, it also will mark her Austin Peay State University debut.

There will be no live scoring for this event; however, a full recap will be available at the conclusion of each day at LetsGoPeay.com.