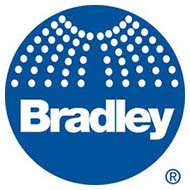 Menomoee Falls, WI – In the 11 years that Bradley Corporation has been conducting its Healthy Hand Washing Survey, some hand washing practices in the United States have changed significantly. But one finding has remained fairly consistent: 97% of Americans believe it is important to wash their hands after using a public restroom.

The company fielded its first survey in July 2009 when the H1N1 virus was a national concern. Back then, just 45% of Americans said they elevated their hand hygiene in response to virus outbreaks.

By 2019, the number of flu-fighting hand washers in the U.S. had risen to 79%. The majority of Americans now respond to virus outbreaks by washing their hands more frequently, more thoroughly or longer.

“The steady rise in hand washing diligence in America may, in part, stem from several significant flu seasons over the past decade – particularly flu seasons in 2009, 2015 and 2018,” says Jon Dommisse, director of strategy and corporate development for Bradley Corp. “Now, the unprecedented spread of coronavirus has placed an even more intense spotlight on the importance of thorough hand washing with soap and water for at least 20 seconds.”

A national focus on outbreaks does have an affect on hand hygiene. 50% of Americans say news coverage of cold and flu outbreaks has a “very large” or “somewhat large” impact on their hand washing behavior.

Throughout the years, Bradley Corp. has asked a variety of questions about hand washing habits, germs, the flu and colds, and has found:

The most recent Healthy Hand Washing Survey queried American adults and youth online December 11th-16th, 2019. Participants were from around the country, were 14 years and older, and were fairly evenly split between men and women (47% and 53%).