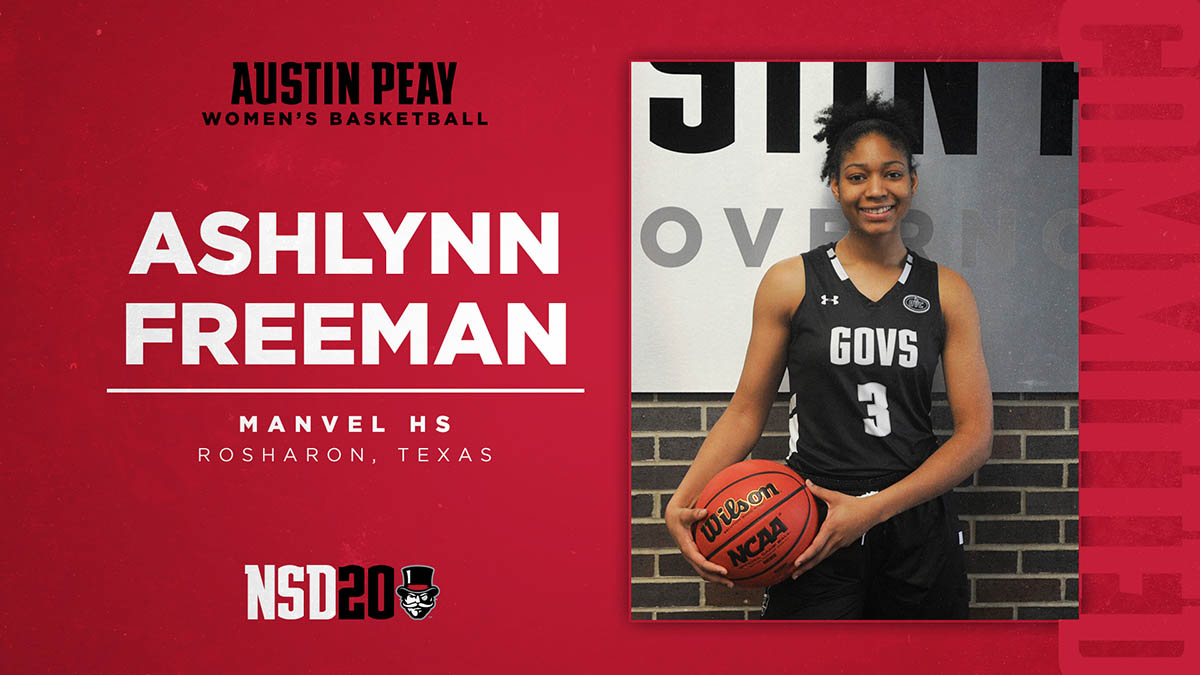 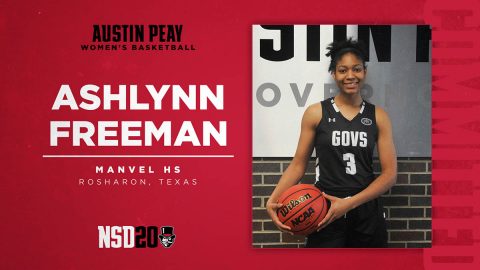 Freeman, a native of Rosharon, Texas, joins the APSU Govs after spending her high school career at Manvel High School where she played for coach Jhared Marshall.

Freeman will join Jayla Kimbrough and Kemia Ward as Midlick’s third high-school signee for the 2020-21 season.

During her time at Manvel High School, Freeman averaged 9.5 points and 9.5 rebounds per game for her career. She was an All-District Honorable Mention as a freshman and sophomore, before becoming a First-Team All-District selection in her junior and senior seasons.

In her junior season, the six-foot forward helped lead the Mavericks to the University Interscholastic League Texas 5A Regional Finals. In Freeman’s senior season she was named to the All-Region Team and the All-Greater Houston Third Team.

“Ashlynn is an athletic and talented player that can play multiple positions,” Midlick said. “With her length, she can defend multiple positions as well.  We are excited to have Ashlynn and her family as a part of our program.”

“It’s a great program with a staff and teammates that I trust are going to pull the best out of me. I appreciate the reputation and culture Austin Peay State University has, and I would be more than glad to be a part of that.”