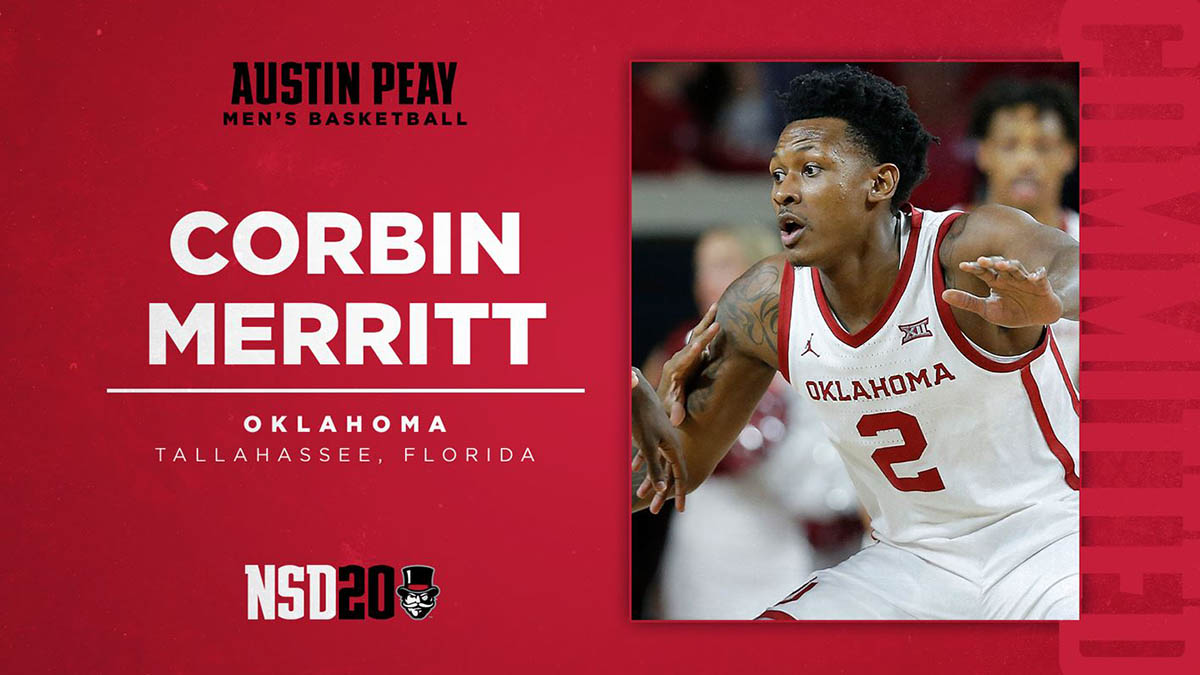 Clarksville, TN – Austin Peay State University (APSU) men’s basketball team is pleased to welcome Corbin Merritt, a transfer from Oklahoma, to the squad for the 2020-21 season. 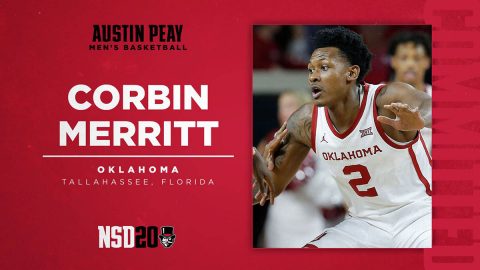 Merritt appeared in eight games for the Sooners in 2019-20 after ascending from Daytona State College as the No. 3 ranked junior college transfer center.

He played two seasons at Daytona State, losing most of his freshman season to a foot injury before playing 30 games and averaging 15 minutes, 4.7 points, 4.1 rebounds and 1.6 blocks as a sophomore as the Falcons went 25-7 and advanced to the NJCAA Region VIII Tournament.

The 6-9, 245-pound center attended Godby High School in Tallahassee, FL, where he averaged 18 points, 11 rebounds and 4 blocks during his senior season. Merritt helped lead Godby to a 25-2 record as a senior, earning All-Big Bend First Team and Florida All-State Third-Team honors. The versatile rim-protector was a three-star recruit via Rivals, ESPN and 247Sports.

“Corbin is a big, physical athletic guy,” said head coach Matt Figger. “He’ll help in the front court with rim protection and he can step out and shoot threes. Adding him with a year of Big 12 experience brings a quality veteran to our program.”