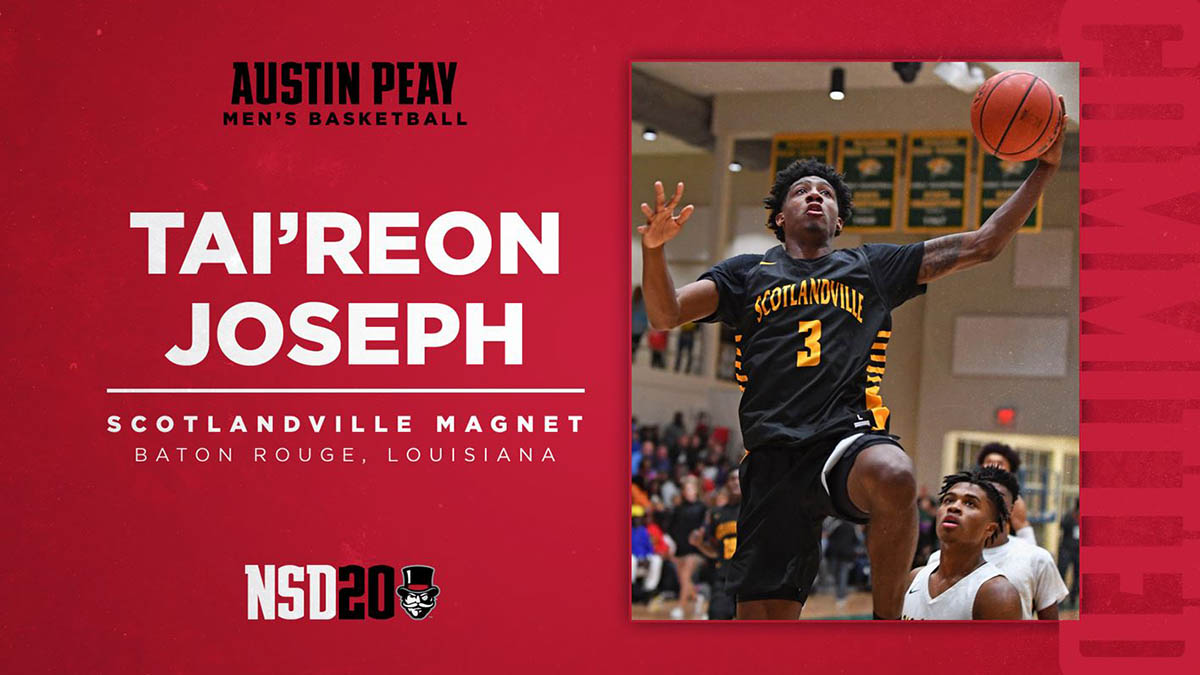 Clarksville, TN – When chasing championships, it’s often helpful to add players who are accustomed to winning, which is what Austin Peay State University (APSU) head men’s basketball coach Matt Figger has done with the addition of Tai’reon Joseph, a shooting guard from Baton Rouge, LA. 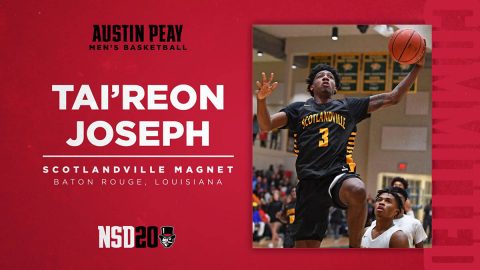 Joseph and Virginia commit Reece Beekman wrapped up a four-year run at Scotlandville Magnet School with four straight state championships, reaching No. 12 on the ESPN High School Top 25 in 2019-20.

Joseph was a Louisiana Sports Writers Association All-State choice as a senior after two straight Honorable Mention seasons as a sophomore and junior. In his final campaign, he averaged 18.9 points, 5.2 rebounds and 2.9 assists, shooting 48.9 percent from the floor. He also posted six double-doubles, including a 24-point, 10-rebound, 8-assist effort against Broadmoor, December 27th and was picked for the Louisiana High School Coaches Association East-West All-Star game.

At the City of Palms Classic in December, Joseph earned All-Tournament honors for his work against some of the nation’s best, posting 19.5 points and 6.3 rebounds against programs from Illinois, New York, Georgia and Missouri.

The APSU Govs bring Joseph to Clarksville after the guard received interest from Southeast Missouri, Southeastern Louisiana and Stephen F. Austin, among others.

“He is a competitive, driven kid who has played on four state title teams,” Figger said. “So he’s a winner. He has an explosive first step. He’s able to score and lead and is ultra-competitive.”

Joseph is the latest commitment for the APSU Govs, who also will welcome Ibrahim Jarjou, Corbin Merritt, Merdy Mongozi and Elton Walker to campus this fall.