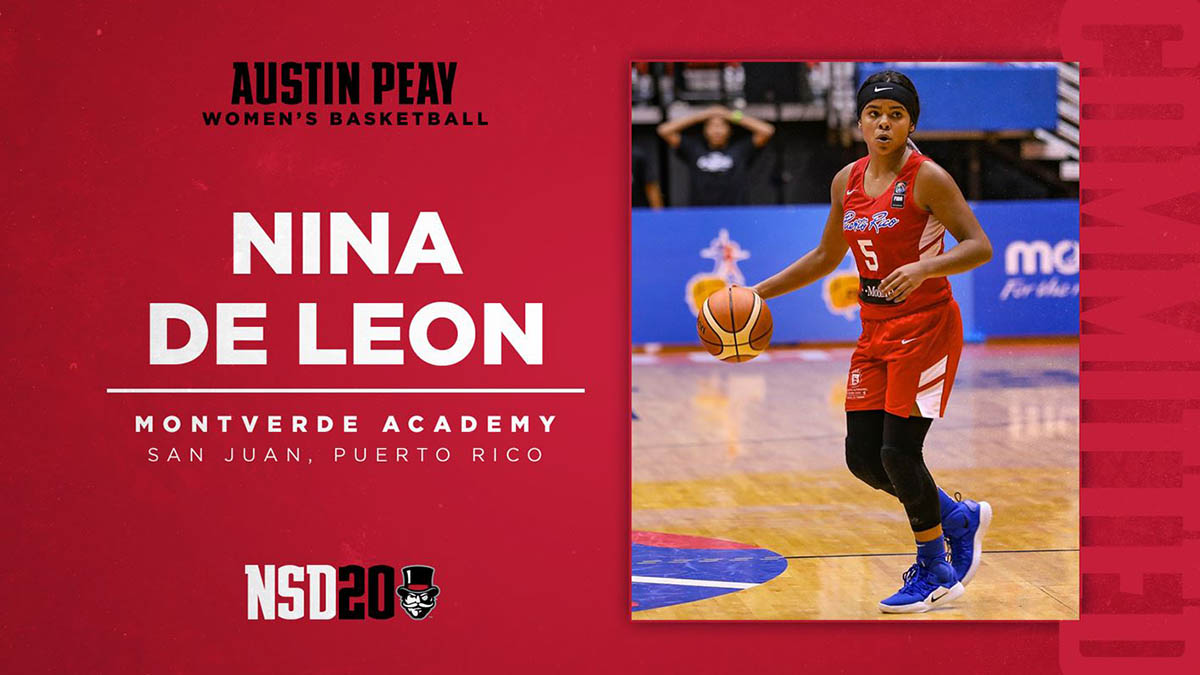 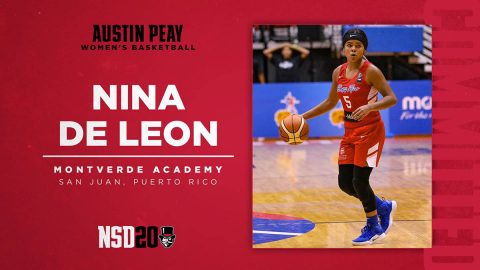 While playing for the Puerto Rican national team, De Leon averaged 15 points, four rebounds, and five assists in the Centrobasket U17 Women’s Championship. She added a 19-point performance against Guatemala, and an 11-point, 8-assist, and 6-rebound outing against the Bahamas.

“Nina is a vocal, talented, and relentless player” Midlick said. “She can see the floor and put her teammates in good positions to score. Coach Harper at Montverde has coached her well. I am excited to have Nina, and her parents Angel and Denise as a part of our program.”

“Austin Peay State University has a good program in what I would like to study. I like the team and the type of game they play.”