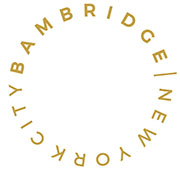 The effect would be to hinder entrepreneurship and reduce the funds available for business growth.

Alistair Bambridge, partner at Bambridge Accountants New York, asks: “Is this really what is needed as the economy tries to recover? When we should be encouraging corporations to add to the workforce and drive the economy, these tax plans reduce the ability and incentives for businesses to invest and expand.”

The key policies of Vice President Biden’s tax plans are:

In an interview with CNBC on Friday May 22nd, 2020, Vice President Biden also vowed to stick to his plan to raise corporate income tax from 21% to 28%.

That increase in corporate income tax would leave less funds available for wages for all households.

Vice President Biden vows not to increase taxes for anyone earning under $400,000 – but it is important to note that by repealing tax credits and raising corporate taxes, wages will be affected and all individuals will see a decrease in their net income.

The independent research organization, The Tax Foundation, has reviewed Vice President Biden’s tax plans in detail and found that:

After the Tax Cuts and Jobs Act 2017, 95% of individuals were better off or the same – under Vice President Biden’s tax proposals, individuals in every income group would have less take-home pay.

The current corporate tax rate is 21% and the proposal is to raise this to 28%. That rate would be one of the highest out of the larger and industrialized nations – higher than the European average (20.27%), China (25%) and the current North America average (25.85%).


President Donald Trump’s tax plans for 2020 and re-election have not been released in detail – the expected proposals are to include:

Bambridge Accountants has offices in London and New York, specializing in creatives and U.S. expats around the world.