Washington, D.C. – “Melania Trump made a surprise visit and delivered box lunches on Thursday to a women and children’s shelter in Washington, D.C.,” Katie Jerkovich reports for The Daily Caller.

“It is important that, even in these challenging times, we find ways to help and connect with people and acknowledge the important work that is being done in countless communities across the United States,” the First Lady said. 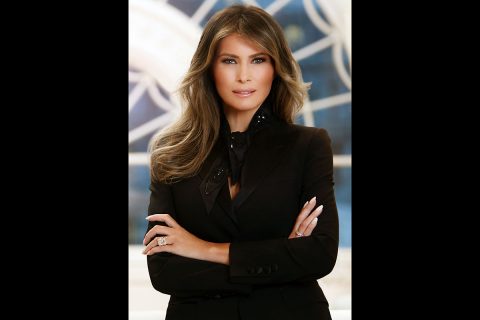 “Nearly half of [New York City’s] 205 shootings played out across 10 historically crime-ridden precincts during the bloodiest June on record since 1996 . . . The surge in violence also correlates with the disbanding of the NYPD’s anti-crime unit of plainclothes officers who focused on taking guns off the street,” Sara Dorn reports for the New York Post [2].

“Schools should open in the fall. It’s critical for meeting the educational and social needs of children. But local officials should have the discretion to take tailored actions to help keep children safe . . . I’ve talked to Republican and Democratic governors about their strategies. The commitment to reopening is universal,” former FDA Commissioner Scott Gottlieb writes in The Wall Street Journal [3].

“Seattle police Chief Carmen Best on Friday accused the City Council of recklessness and ‘political pandering’ by advocating to slash her department’s budget by 50 percent, arguing that cutting funds to that extent would be asking citizens ‘to test out a theory that crime goes away if police go away,’” Danielle Wallace reports for Fox News [4].