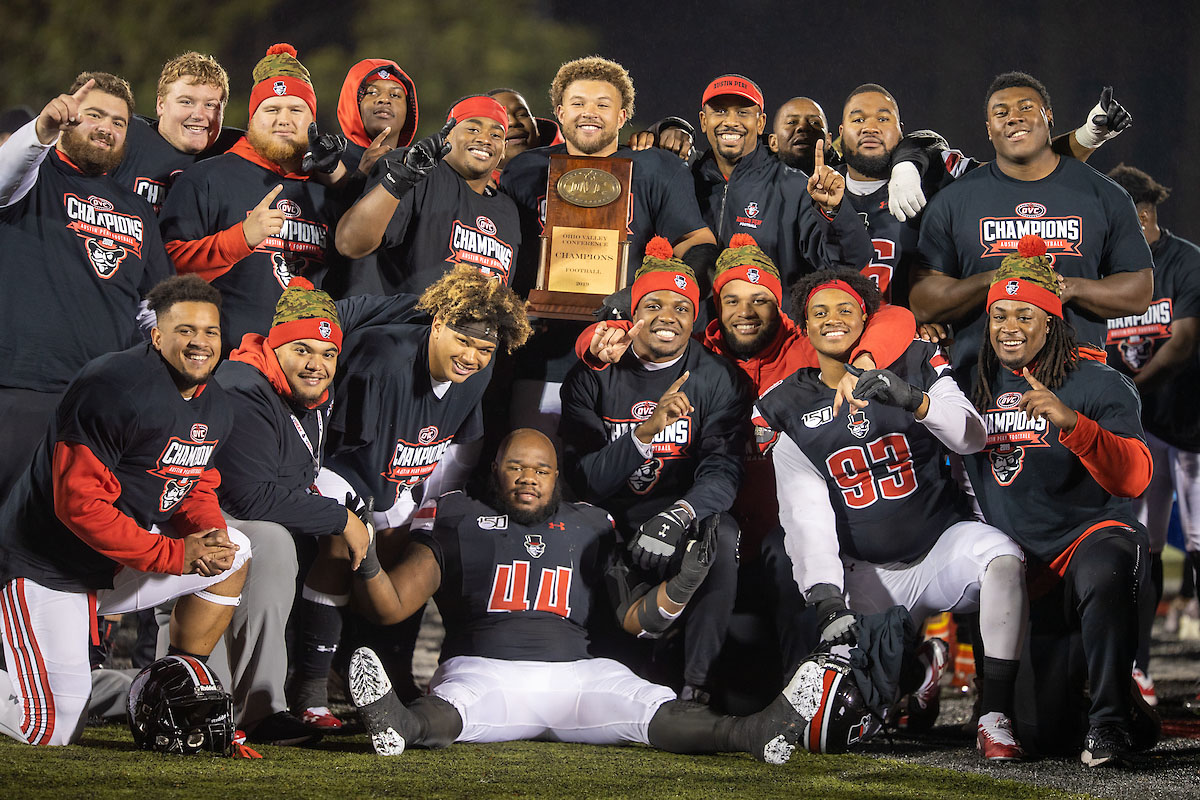 Clarksville, TN – When Dr. Alisa White assumes the presidency at Sam Houston State University in early August, she will leave Austin Peay State University (APSU) knowing she delivered on the promise she gave on a spring day five years ago.

In her time at the University, White has guided APSU in unprecedented growth in enrollment, degree options, physical size and fundraising.

That’s the promise she gave to the community when on March 23rd, 2015, the day she was inaugurated the University’s 10th president (she started the job in June 2014).

“I have been given an astonishing gift,” White said during her Presidential Address that day, “and my pledge to you is to do whatever is in my power to advance this institution, to work alongside you to build upon the wonderful work that you have done with others and to realize our collective vision.”

The chronological review of APSU’s biggest moments over the last six years shows how White advanced the University.

In January 2016, the University purchased 11 acres along College Street from the Jenkins and Wynne auto dealership. The $8.8 million purchase marked one of the largest expansions in Austin Peay State University’s history, finally connecting campus with Downtown Clarksville.

In March 2016, the APSU men’s basketball team earned a spot in the NCAA Tournament after becoming the first no. 8 seed to ever be crowned Ohio Valley Conference Champions. The Governors lost to no. 1 seed Kansas in the first round of the NCAA tournament.

Austin Peay State University gets its own Board of Trustees 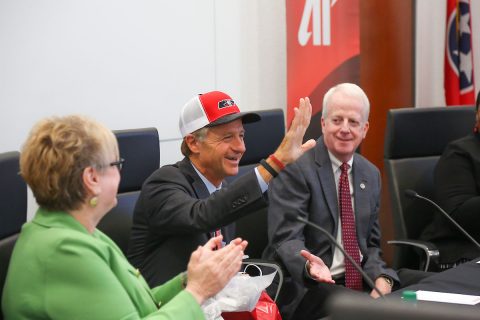 In June 2017, the Tennessee Higher Education Commission approved Austin Peay State University’s first engineering program, allowing the University to offer a Bachelor of Science in Engineering degree with a major in engineering physics.

Around 1:25pm on August 21st, 2017, hundreds of people cheered in the near-dark inside Austin Peay State University’s Fortera Stadium. At that moment, the moon passed over the sun during a total solar eclipse, and people from as far away as France and Finland came to APSU’s PeayClipse Celebration to experience the celestial event. 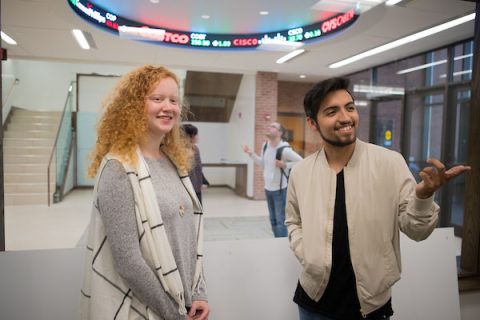 In July 2018, the University launched its first-ever doctoral program a Doctor of Education degree in educational leadership for K-12 professionals. The move also raised Austin Peay State University to a doctoral-level classification with the Southern Association of Colleges and Schools Commission on Colleges.

Austin Peay State University added a second doctoral degree in 2019 with a Doctor of Psychology in counseling psychology – with a concentration in serving military personnel, veterans and their families. 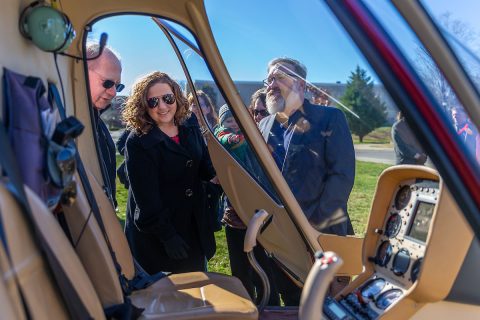 In January 2019, Austin Peay State University officials unveiled the first of three helicopters in its new rotor-wing fleet. The helicopters bolster the state’s first and only aviation science program with a rotor-wing concentration. In June 2020, the program saw its first student – Hopkinsville firefighter Ryan Erb – take a solo flight.

The program specifically targets minority and first-generation college students, increasing diversity both within the school system and at Austin Peay State University. 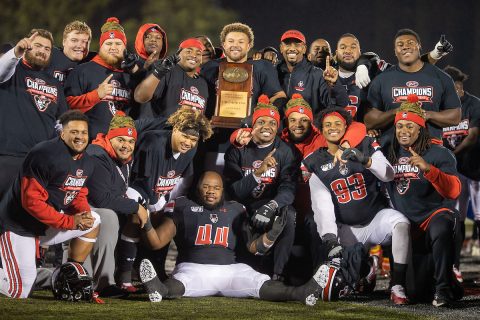 In their first-ever trip to the Football Championship Series playoffs in 2019, the Austin Peay State University Governors’ football team took down Eastern Illinois, 35-7, giving APSU its first Ohio Valley Conference championship since 1977, but the story didn’t end there.

A week later, the Govs hosted Furman at Fortera Stadium in the University’s first ever FCS Playoff game. Austin Peay State University won 42-6, so it was off to Sacramento for the next round of the playoffs. Another amazing win put the Govs in the championship’s quarterfinals, where the season ultimately ended in Bozeman, Montana, with a loss to Montana State.

The 2019 tennis team finished the regular season and OVC tournament without experiencing a single loss.

In March 2020, Austin Peay State University’s GIS Center led a statewide effort to produce face shields for medical workers battling the spread of COVID-19 Coronavirus in Tennessee. The center’s staff and students quickly answered a call from Tennessee Governor Bill Lee to contribute ideas and resources to the coronavirus fight by designing and building a 3D-printed prototype shield. By the end of June, the GIS Center shipped about 18,000 face shield frames and 180,000 replaceable shields.

In recognition of Dr. White’s and her husband’s, Elliott Herzlich, combined contributions, APSU renamed an important University fund the Dr. Alisa White and Elliott Herzlich President’s Innovation Fund of Excellence. This fund will continue their legacy by making sure future presidents have the ability to support programs that significantly impact the Austin Peay State University, Clarksville and the Middle Tennessee areas.

For information on how to support this fund, contact the Office of University Advancement at 931.221.7127.