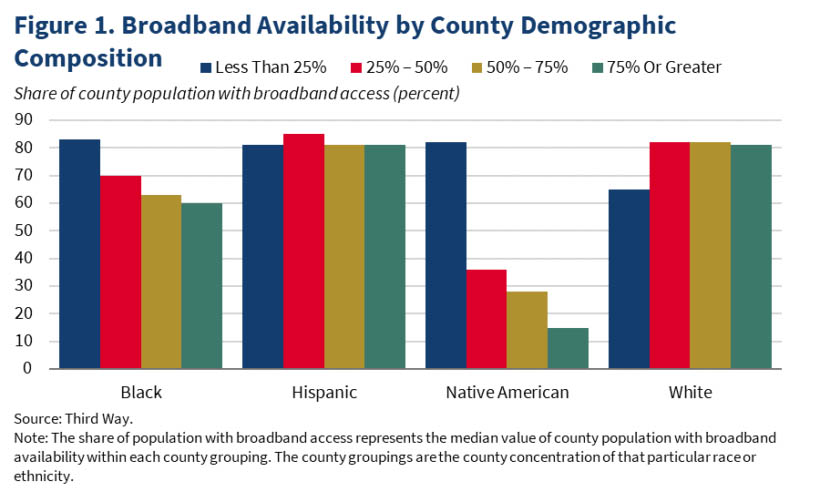 Washington, D.C. – Our Nation’s children deserve the very best, and no one should be kept from reaching their full potential. If schools remain closed this fall, many children will continue to face adverse effects from school closures caused by the pandemic shutdown.

The Council of Economic Advisers estimates that just the three months of closures between March and May 2020 may reduce future potential earnings of children by 2.3 – 3.7 percent.

But these adverse effects are not just limited to our children.

As schools remain closed, parents often must remain home with few choices for alternative childcare. CEA calculates that 5.6 million people will be unable to return to work for childcare reasons if schools do not reopen this year.

As the pandemic-induced shutdown demonstrated, there is no one-size-fits all substitution to in-person learning. Lack of access to broadband internet, food security, engaged learning, and third-party interventions to maltreatment are all real concerns facing millions of Americans when schools are closed.

Moreover, broadband availability varies for different demographics. As shown in figure 1, counties with a large representation of Black and Native American populations are less likely to have access to broadband, leading to an increased likelihood that their children are not receiving proper online education. 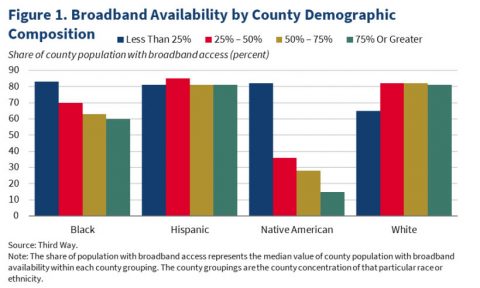 For many children, online learning is not a perfect substitute for the engaged learning children receive from being physically present in classrooms. According to tracktherecovery.org, student progress in math has slowed due to distance learning, and this is particularly exacerbated in minority and low-income groups.

CEA has estimated that if remote learning is just half as effective as in-person learning, children will still face a 3.5 – 5.5 percent decrease in future projected earnings as an effect of prolonged school closures. As a result, opening schools to in-person instruction for the upcoming academic year may boost the long-term earnings prospects of students by over $1,700 per year during their working lives.


For many, schools are more than just a place of learning—particularly for low-income households and those affected by unemployment induced by the pandemic shutdown. Households with children reporting sometimes or often not having enough to eat in the past week increased 2.6 percentage points since the shutdown started in early March, increasing from 11.1 percent to 13.7 percent according to data from the Household Pulse Survey.

In fact, almost 30 million children received food through the National School Lunch Program for FY2018, as research shows that participating in this program reduces regular food insufficiency. Due to the USDA’s expedient efforts to keep these programs going despite school closures, as of July 16th, USDA’s Meals to You program delivered 28.5 million meals to the doorsteps of low-income children in rural America.

Schools also serve as mandatory reporters for child maltreatment. In times of economic hardship, it is not uncommon for reports of abuse to increase; however, without children receiving third-party intervention through schools, current allegations of maltreatment are significantly lower than expected. Current literature shows that in just the three months of the shutdown, there may be as many as 212,500 cases of unreported child abuse allegations.

The adverse effects of school closures are not just limited to our Nation’s children. With kids at home, parents must figure out alternatives to childcare. For many, this means remaining at home as well, despite the fact that only about 30 percent of those in the workforce are able to telework. Moreover, whereas 45 percent of married men with children are able to telework, this number falls to 42 percent for married women, and to an abysmal 21 percent for single women.

Collective earning losses of the estimated 5.6 million American parents who are unable to work due to school closures are on the magnitude of nearly $232 billion. This lost job experience is likely to lead to a persistent 1 percent drop in lifetime earnings. If schools were to reopen, this could save parents from losing $1,100 per year over the course of their working lives while disproportionately helping early-career single mothers and over 5 million people in the healthcare sector with a child under 6 years old.


The science has shown that children are at low risk for COVID-19 Coronavirus, as only 0.1 percent of deaths have occurred in people under 24. Moreover, the median age of a public school teacher in the United States is just 41, with roughly 70 percent of all teachers under the age of 50, which accounts for less than 8 percent of all COVID deaths.

Research by Courtemanche et al. (2020) find that school closures had little effect on the spread of COVID-19 Coronavirus, while a study by Lee and Raszka (2020) found that between 92 and 96 percent of children who became infected got it from members of their own household rather than another child.

While we must be prudent to protect those most vulnerable, we must also be mindful of the prolonged effects that school closures will have on millions of children and parents.