Washington, D.C. – Space technology developed by and for NASA has made its way into cars and even onto the NASCAR track. Future collaborations with the auto industry and car manufacturers could change how we get from point A to point B. NASA helped drive the following five auto innovations.

NASA has a long history of transferring technology to the private sector. The agency’s Spinoff publication profiles NASA technologies that have transformed into commercial products and services, demonstrating the broader benefits of America’s investment in its space program. Spinoff is a publication of the Technology Transfer program in NASA’s Space Technology Mission Directorate. 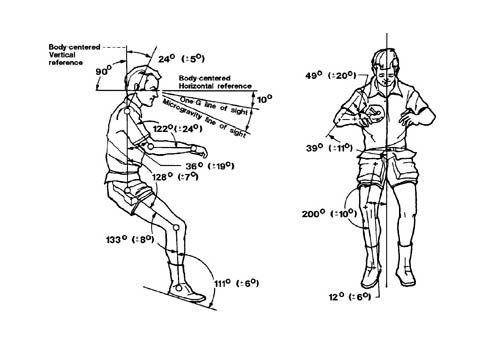 The neutral body posture shown here was created from measurements of 12 people onboard Skylab. (NASA)

Fewer drivers on the road may be complaining about uncomfortable seats, thanks to NASA [1].

When astronauts were aboard the first space station [2], NASA studied the posture their bodies naturally assumed in microgravity. The initial research and follow-on studies helped design everything from International Space Station work areas [3] to the Orion [4] spacecraft interior to comfortable new car seats in vehicles on Earth.

Nissan Motor Company turned to the NASA research as a starting point for developing a new driver’s seat. Like an astronaut, the driver of a car needs to be safe and comfortable to operate the vehicle efficiently for extended periods.

After years of research throughout the early 2000s and positive results, the car manufacturer debuted the seat derived from NASA standards in the 2013 Altima. Today, the design is in various Nissan models. 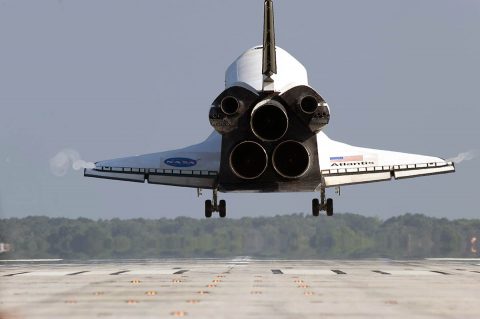 A flat tire can take drivers by surprise. That should be happening less these days, thanks to tiny sensors [6] that light up a dashboard warning whenever the tire pressure is off.

Proper tire pressure was crucial for a safe space shuttle landing on Earth, but in the early days of the program, there wasn’t a good way to gauge pressure in flight accurately. Among other solutions NASA explored, the agency contracted with a company to build a tire pressure sensor for the space shuttle.

The technology converts pressure into electrical resistance and generates real-time readings. After the company delivered the device to NASA, they adapted the sensor for cars. Today, U.S. law requires a pressure gauge on every car tire.

3. NASA-funded research brought about a new application of nanotechnology, repairing engine damage in cars and trucks. 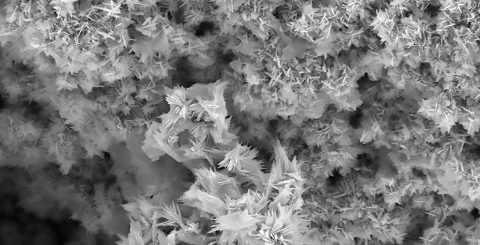 Nanoparticles of a car engine lubricant seen under an electron microscope. The particles’ sticky side builds up layers until there isn’t any more friction. (TriboTEX)

Friction causes wear and tear on spacecraft components – and on car engines, too. Lubricants that reduce friction only delay and minimize this inevitable damage. NASA was interested in materials that could restore damaged parts to a like-new condition without replacing them, and funded research [8] into using nanotechnology.

The aim was to use an existing liquid lubricant to carry nanoparticles to the point of friction to fill in tiny cracks or worn spots. In addition to keeping parts in good repair, such a lubricant could extend the systems’ working life. Initial research identified the best material – a type of ceramic – was effective, durable, and nontoxic. Qualifying the early-stage technology for use in space wasn’t practical, but research and development continued in the private sector.

Today, tens of thousands of cars and trucks use the formula to keep engine parts in good shape. 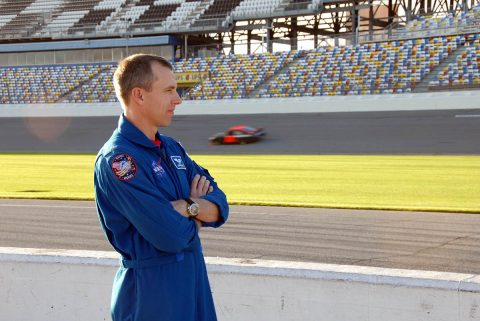 Speeding race car drivers are in the hot seat in more ways than one. Temperatures inside a stock car’s cockpit can soar to an estimated sweltering 160 degrees Fahrenheit. That extreme heat comes through the engine firewall, transmission tunnel, and floor.

Based on materials used to protect the space shuttle from the temperatures experienced as the crafts slammed back into Earth’s atmosphere (and faced temperatures up to 3,000 degrees Fahrenheit), a company created blanket insulation kits [10] to shield race car drivers from excessive heat exposure.

Another byproduct of racing is combustion fumes that can cause headaches, nausea, and dizziness. Racing engineers adapted a NASA space technology to create a filter [11] that removes 99% of all airborne particles. The filter provides drivers with fresh, clean air. 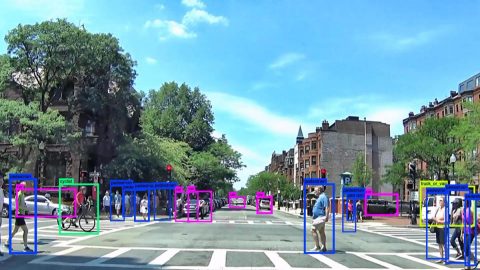 NASA funded research by the Boston-based company Neurala on deep-space computing. The software has other uses on Earth. This screenshot shows a self-driving car’s view when powered by the company’s software. The car can automatically identify pedestrians, cyclists, trucks, and more on a street in real-time. (Neurala)

Just as robotic lunar landers and Mars rovers need “eyes” to guide it safely around the rocks and crevices of unfamiliar terrain, an autonomous car must safely navigate unforeseen obstacles.

NASA space technologies – lasers [13] for landing on the Moon and artificial intelligence [14] for navigating on other worlds – are helping make self-driving cars on Earth safer. The systems could revolutionize how cars navigate rush hour traffic and avoid collisions.

For more information on how NASA brings space technology down to Earth, visit: spinoff.nasa.gov [15]