Washington, D.C. – “President Donald Trump’s unorthodox approach to foreign policy has paid off. While his critics at home would never admit it, not everyone turns a blind eye to his accomplishments,” foreign policy expert James Carafano writes for Fox News.

“For two years running, foreign lawmakers have nominated the president of the United States for the Nobel Peace Prize . . . He has demonstrated the kind of statesmanship that brings real peace without compromise and protects the vital national interests and security of all Americans. The winners are the American people.” 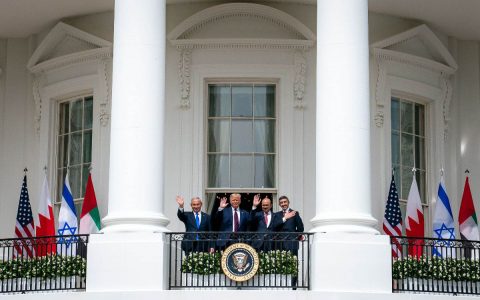 “Early estimates from insurance agencies say the cost of this summer’s rioting will set a record . . . The cause of violence is not the police. It is not poverty. It is not one’s race. To say so is in fact a smear against poor people and people of the racial group identified. The cause of violence is the people who have chosen to be violent,” Joy Pullmann writes in The Federalist [2].

“Minneapolis city councilors told the city police chief Tuesday that their residents are feeling ‘terrorized’ and say police are ‘nowhere to be seen,’” Justine Coleman reports. “The meeting this week came months after the city council unanimously voted to amend the city’s charter to allow the city police department to be dismantled.” Read more in The Hill [3].

“Two undocumented immigrants suspected in the gang slaying of a 16-year-old girl in Baltimore were released because of sanctuary city policies, despite requests from federal immigration officials . . . Five people are charged in the killing—three of whom were living in the United States illegally,” Louis Casiano reports for Fox News [4].