Nashville, TN – The Tennessee Titans and Buffalo Bills contest brings together two of the original teams of the American Football League, founded by two of the visionaries who helped set in motion one of the most significant eras in football history.

It was in 1960 that K.S. “Bud” Adams, Jr.’s then-Houston Oilers and Ralph Wilson, Jr.’s Bills became two of the eight teams that began play in the newly-formed league. Adams, Wilson and the other original AFL owners were dubbed the “Foolish Club” for their choice to accept the seemingly impossible task of competing with the National Football League. 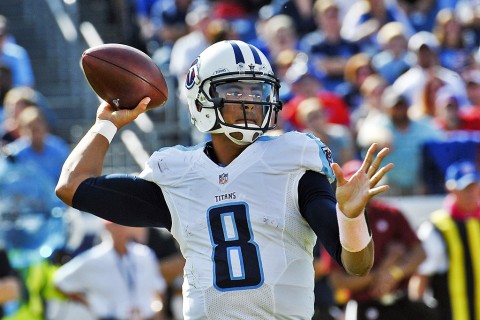 Ten seasons later, the burgeoning league’s success was more than apparent, as the AFL and NFL completed a historic merger.

In the regular season and postseason, the Tennessee Titans and the Buffalo Bills have met a total of 47 times. The Titans hold a 28-19 advantage in the series, dating back to the inaugural AFL season.

The momentum in the series has swung back and forth. From 1967 until 1978, the Oilers had a 10-game winning streak over the Bills, the longest streak in the series. From 1983–94, Buffalo controlled the series, going 8-3. Tennessee then won eight out of nine, including five consecutive matchups from 2003-12, before the Bills won the three most recent games.

The Bills took the most recent meeting at Nissan Stadium 14-7 on October 6th, 2019 and the last clash at New Era Field 13-12 on October 7th, 2018. The
latter marked the third consecutive game between the Titans and Bills to be decided by one point.

The franchises have met three times in the playoffs, with Buffalo holding a 2-1 advantage in those meetings. The last playoff matchup between the two teams was in 1999, when the Titans defeated the Bills 22-16 in an AFC Wild Card game.

In a play known as the “Music City Miracle,” Kevin Dyson returned a Frank Wycheck lateral on a kickoff return 75 yards for a touchdown with only 16 seconds left in the game, giving Tennessee the win. The Titans went on to beat the Indianapolis Colts and the Jacksonville Jaguars before falling to the St. Louis Rams in Super Bowl XXXIV.

2015 Week 5 • Oct. 11th, 2015 • BILLS 14 at Titans 13
The Titans hold the Bills scoreless in the first half and build a 10-0 lead before Bills quarterback Tyrod Taylor rushes for a 22-yard touchdown and passes for a two-yard score. The Titans possess the ball for 35:31 and limit Buffalo to 209 yards, including just 109 passing yards. Taylor rushes for 76 total yards. Titans quarterback Marcus Mariota passes for 187 yards and rushes for 47 yards but is intercepted on the team’s final drive.


2018 Week 5 • Oct. 7th, 2018 • Titans 12 at BILLS 13
Stephen Hauschka’s 46-yard field goal as time expires provides the win for the Bills. The Titans take a 12-10 lead with 4:43 remaining on a 50-yard field goal by Ryan Succop but allow Josh Allen and the Bills the ensuing drive for the game-winning score. The Titans turn the ball over three times—two lost fumbles and one interception. Succop boots four field goals to score all of Tennessee’s points. LeSean McCoy has 85 of Buffalo’s 144 rushing yards on 43 total carries.