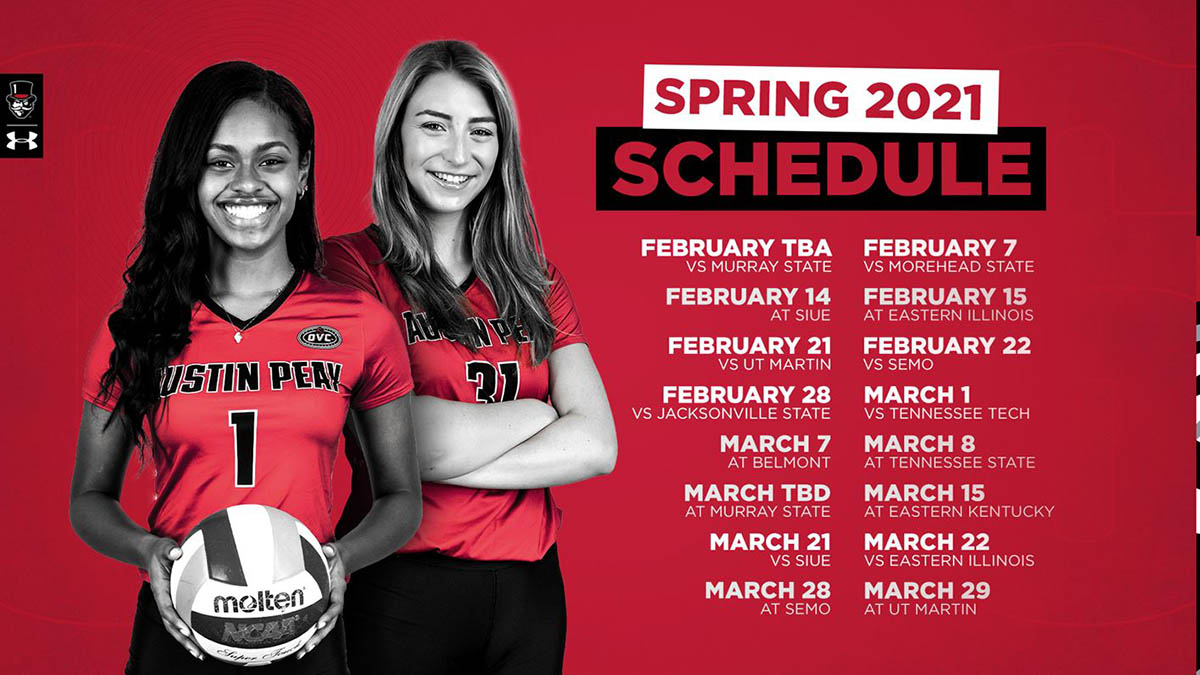 The league slate will take place predominantly on Sundays and Mondays, beginning the week of February 7th. 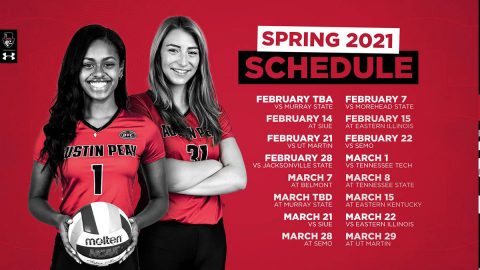 The league championship will be held April 1st-3rd at the site of the regular-season champion. The 48-team NCAA Volleyball Championship begins April 8th with selections announced April 4th.

Home match times will be announced at a later date.

“I’m pleased to have a schedule set for our volleyball program to compete for a championship in the winter-spring,” said APSU Govs head coach Taylor Mott. “It was disappointing not to be able to play in our traditional fall season, but the delay has given us the opportunity to work on the court with our eyes toward playing and winning a conference title in the spring.”

This Governors 2020 squad has a well-regarded freshman class of five individuals joining 10 returnees from a team that finished 9-7 in OVC play last season.

Among the returnees, senior outside hitter Brooke Moore, a two-time Second Team All-OVC selection, seeks to build on a career that has already seen her post 1,000 kills and 1,000 digs in three seasons. In addition, senior outside hitter Chloe Stitt returns after a career-best 305-kill effort in 2020 that was second-best among the Govs hitters.

Further, the league noted this schedule is contingent upon current health conditions at each university community, following guidance from the NCAA, and local medical authorities.

The OVC and its member institutions will determine game management details and attendance matters, media and broadcast issues, and other operational details.