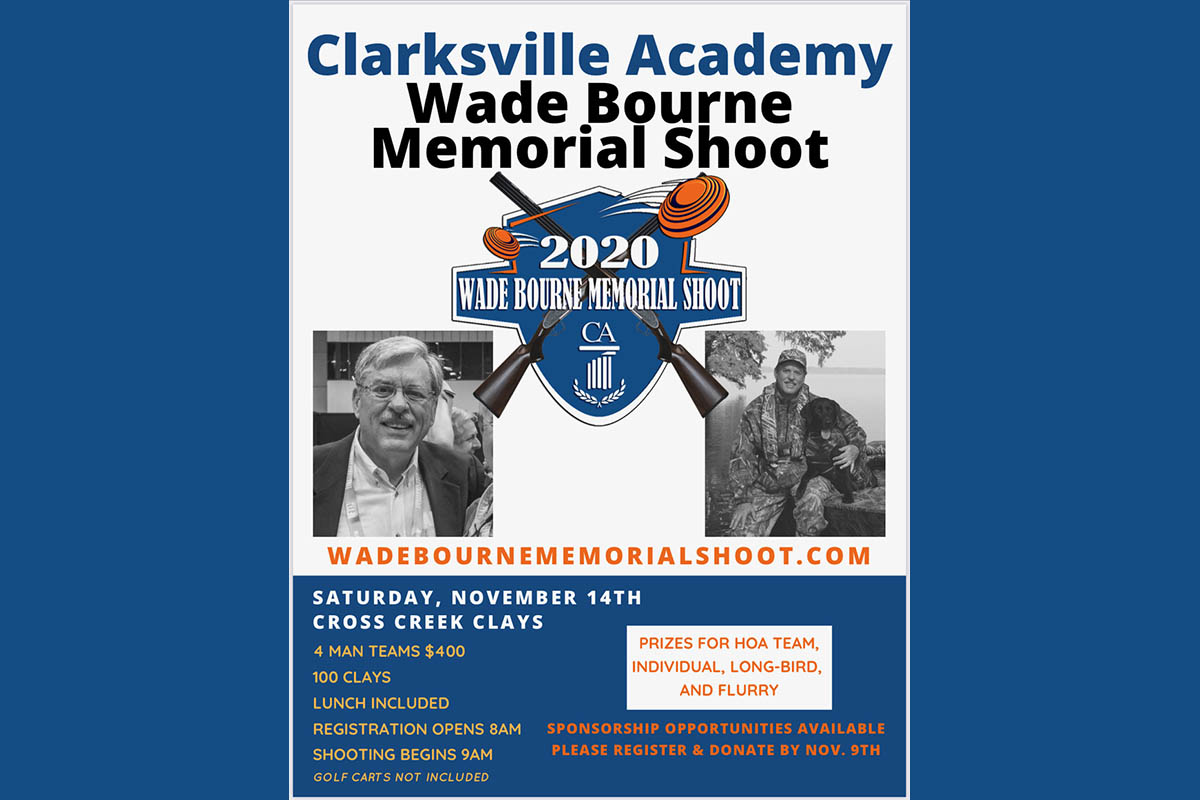 Clarksville, TN – How can an avid outdoorsman and loyal supporter be remembered by an organization he worked hard for? On Saturday, November 14th, 2020, Clarksville Academy (CA) will host the Wade Bourne Memorial Clay Shoot at Cross Creek Clays in Palmyra, Tennessee to honor the man and to continue his legacy of involvement in CA. 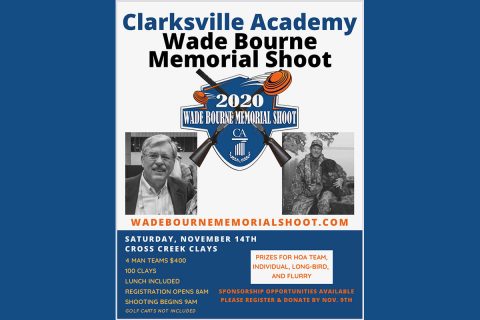 Wade Bourne, a former Clarksville Academy parent, was an avid outdoorsman. His career included a variety of broadcast mediums, from radio to print. His name was well recognized in the world of outdoor recreation. In 2003 Bourne was inducted into the Legends of the Outdoors Hall of Fame and in 2005 into the National Fresh Water Fishing Hall of Fame.

Wade and his wife Becky, were fixtures at Clarksville Academy for many years. Whether serving on the board, participating in the parent association, or organizing and cooking for annual fundraisers, the Bournes were there. Their children Hampton and Haley both attended CA from PK through graduation.

The Wade Bourne Memorial Shoot honors Wade’s commitment to CA and his love of the outdoors. All proceeds raised will benefit the Clarksville Academy Foundation and help students for years to come.

The shoot begins at 8:00am and is open to the general public. Sponsorships are available. Teams of 4 can register by visiting wadebournememorialshoot.com or contacting Christina Clark at