Clarksville, TN – On November 14th, 2020, Clarksville Police responded to the area of Roselawn Drive for a shots fired call.

When they arrived, they found a residence that had been shot while several people were present at the residence.

Witnesses reported a vehicle traveled on Roselawn Drive and the passenger fired numerous shots at that residence. 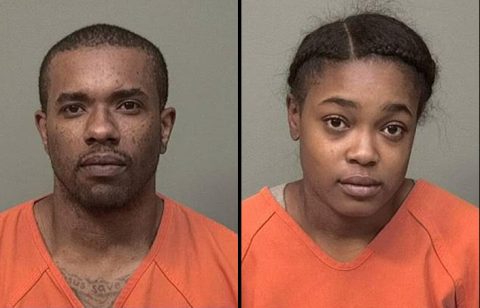 (L to R) Richard Kenny Woodson and Deshaya Allem were arrested by Clarksville Police for the shooting on Roselawn Drive.

Richard Kenny Woodson, 35 was booked into the Montgomery County Jail and charged with Attempted Murder, his bond is set at $5.5 million. Woodson had been out on bond for a previous homicide charge.

Deshaya Allem, 19, was booked into the Montgomery County Jail and charged with Attempted Murder, Bond: $500,000.00

Clarksville Police are requesting any footage from surveillance cameras that citizens may possess.