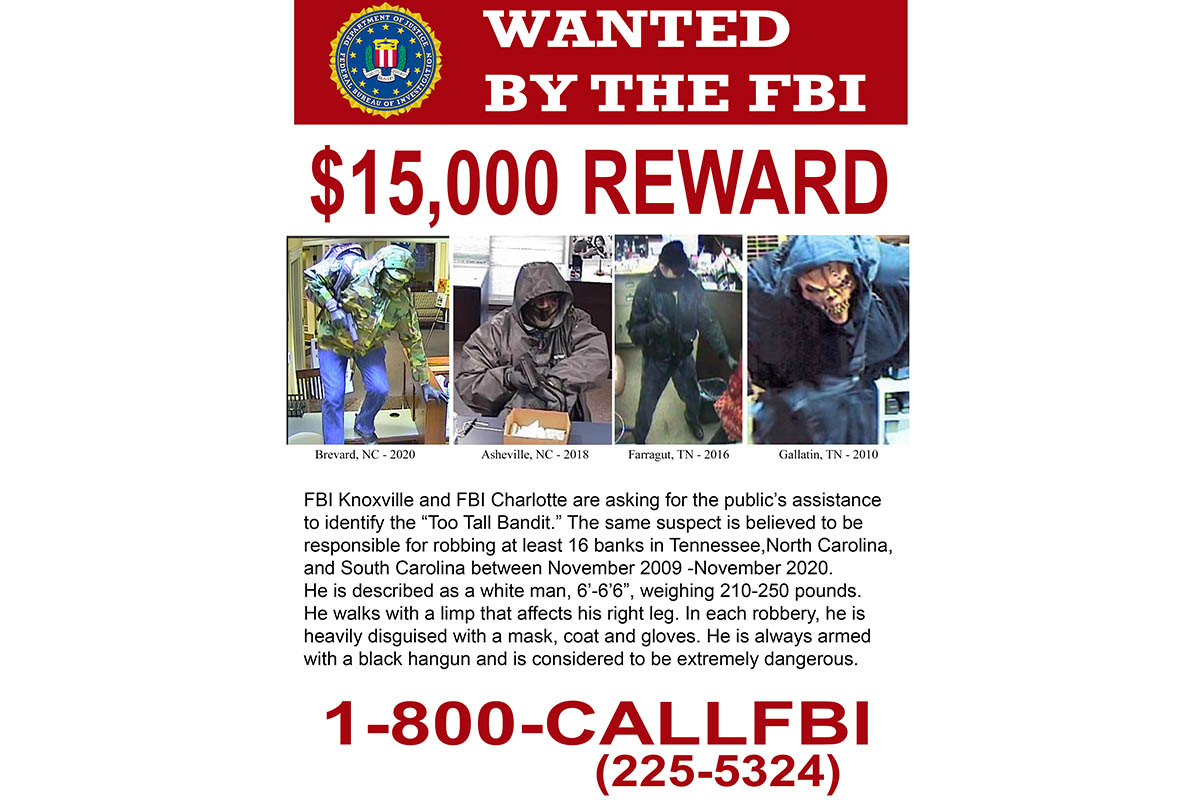 Charlotte, NC – The serial bank robber nicknamed the “Too Tall Bandit” has struck again. FBI Agents and local law enforcement believe the robber is responsible for at least 16 bank robberies in Tennessee, North Carolina, and South Carolina. The most recent robbery happened on November 27, 2020, at the United Community Bank in Etowah, North Carolina.

FBI Agents are working with state and local partners to determine if this suspect is connected to other robberies. The FBI is asking the public to help identify the suspect and is offering a reward of up to $15,000. 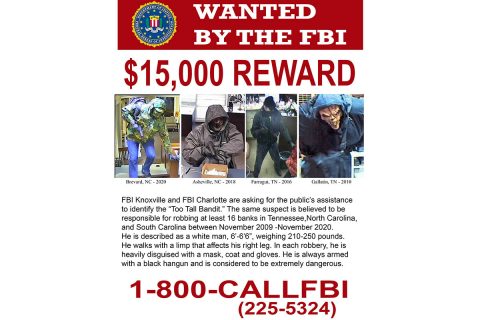 He speaks with a deep voice and walks with a limp affecting his right leg.

In each robbery, the suspect is heavily disguised with a mask, coat, and gloves. He is armed with a black handgun and often jumps over the teller’s counter.

The FBI believes these robberies were committed by the same suspect: