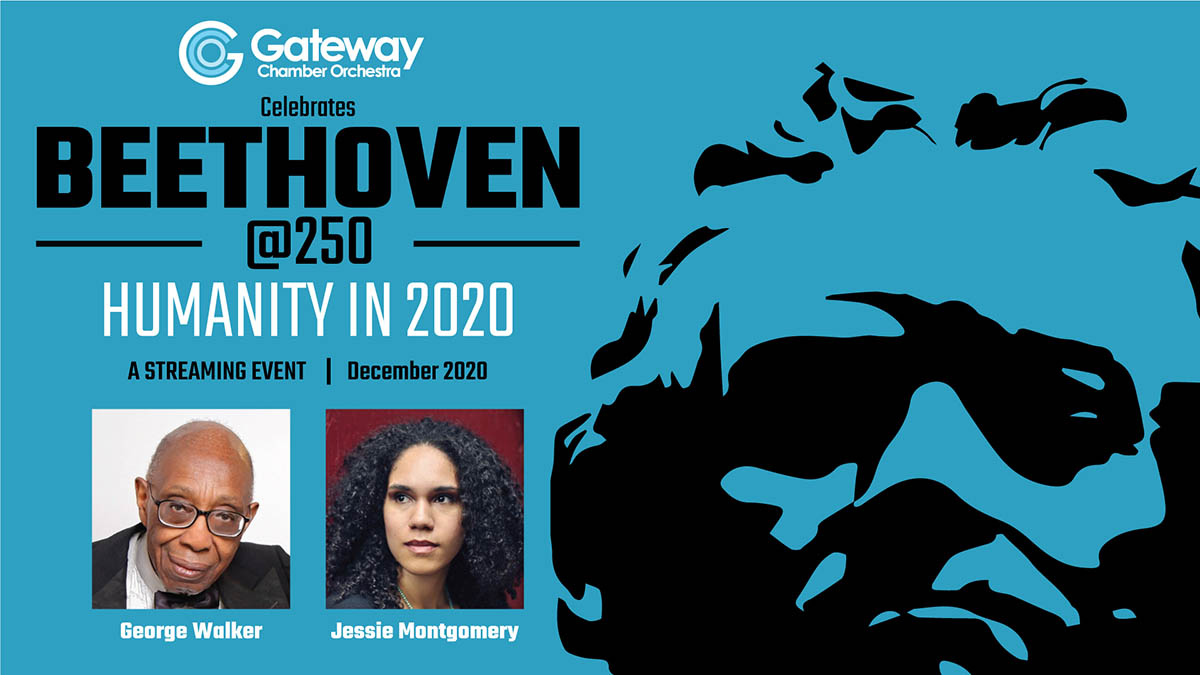 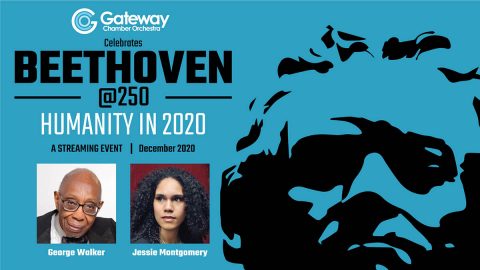 The virtual concert also honors the works of two groundbreaking composers in classical music: George Walker, the first African American composer to win the Pulitzer Prize, and Jessie Montgomery, one of the most energetic and inspiring interpreters of the American ethos.

The performance, recorded in beautiful Mabry Concert Hall on the campus of Austin Peay State University (APSU), is a fitting soundtrack to a momentous year.

From the centennial anniversary of the passing of the 19th Amendment to the rise of the pandemic to the outcry for social justice, 2020 has made a distinctive mark on humanity.

The GCO captures this sentiment in an evening of moving performances that embody “tragedy to triumph,” a theme made famous by classical music’s most revolutionary composer.

Beethoven@250: Humanity in 2020 is the first virtual concert to be performed and streamed on YouTube by GCO. The team determined if they social distanced and followed guidelines on safety for wind instruments they would be able to stage a program that could be streamed. GCO will partner with videographer Rick Goodwin to capture stunning visuals of the performance and GRAMMY award winning Soundmirror in Boston for sound production.

As GCO conductor Gregory Wolynec explains, the program attempts to look at Beethoven@250 through a 2020 lens. The program opens with Beethoven’s dramatic and fiery “Coriolan Overture” which leads to a beautiful, noble second theme. It was written for a tragedy and instead of a heroic ending there is a pause followed by a very quiet, mysterious ending.

Walker’s “Lyric for Strings,” originally titled “Lament” was written as a tribute to his late grandmother when he was only 24 years old. The emotions that he felt while composing the piece are palpable in the music. The joyous “Starburst,” by Montgomery, one of the most prominent emerging composers in America, fits the bill perfectly to pay tribute to the anniversary of women earning the right to vote. The program concludes with Beethoven’s “Symphony No. 7 in A,” one of the finest orchestral works ever written from the optimistic first movement to the iconic second movement through the wild romp of the finale.


“This is a concert with a unique perspective allowing us to tackle more overlooked and contemporary works as well,” says Gregory Wolynec, conductor, Gateway Chamber Orchestra. “Celebrating Beethoven within the context of such a tumultuous 2020 felt like the responsible way to handle the dramatically changed world that we now find ourselves in. We hope to provide something thoughtful and uplifting to our established audience while also introducing our talented musicians to a broader audience.”

Register on Eventbrite to watch Beethoven@250: Humanity in 2020, a free virtual concert to be streamed on YouTube. It is recommended to watch the performance in a home theater environment with the best speakers available. The GCO encourages families to host a virtual watch party and celebrate Beethoven by submitting photos to our Facebook page using the hashtag #beethoven250.

The Gateway Chamber Orchestra is an American ensemble that performs regularly in Middle Tennessee under the direction of Music Director Gregory Wolynec. The GCO has been recognized for its inspired classical and contemporary musical offerings, innovative educational initiatives and numerous world-class recordings. Ensemble members include leading professionals from around the Southeast including symphony musicians, recording artists and the performance faculty at Austin Peay State University.