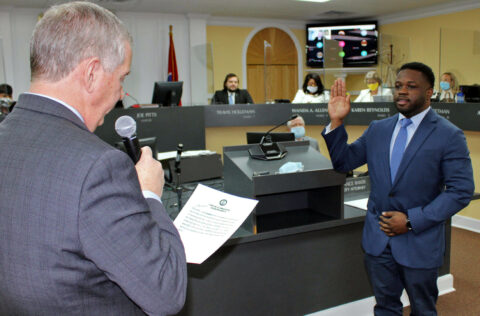 Clarksville Mayor Joe Pitts gave the new members the option of taking the oath of office in person or to be sworn in via online conference, which is permitted under special pandemic-related emergency orders issued by Tennessee Governor Bill Lee.

Each new member was elected to a four-year term November 3rd, except for Evans, who was elected to fill the remaining two years of the unexpired term in Ward 11. 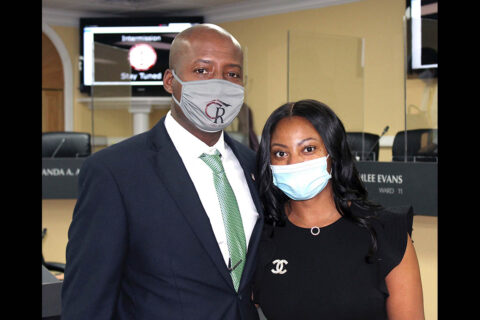 Councilman Richard Garrett stands with his wife, Laquavia, after being elected Mayor Pro Tem by his colleagues Tuesday.

After the oaths, the Council dealt with one piece of formal business — selecting Councilman Garrett as Mayor Pro Tem. Mayor Pitts nominated Redd, citing his previous service on the City Council and later on the County Commission. Councilwoman Allen, however, objected to the nomination, suggesting that several mid-term members were well qualified for the role.


Councilman Richmond then offered an amendment, nominating Garrett. The amendment was approved 9-3, with Holleman, Streetman and Mayor Pitts voting no, and Garrett abstaining.

The vote for approval of Garrett was 12-0, with Garrett again abstaining. 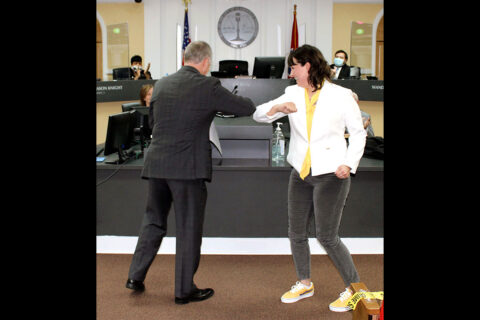 After the special meeting, the Council convened its monthly Executive Session, the non-voting meeting where members preview and discuss the monthly agenda. The Council’s regular monthly meeting will be at 7:00pm Thursday, January 7th.