The Lady Vols, who are receiving votes in the AP and USA TODAY Coaches Polls, and the Razorbacks will tip at 5:32pm CT in UT’s first game since it defeated Lipscomb, 77-52, in Knoxville on December 28th.

Kellie Harper [1]‘s squad paused team activities on December 29th and had contests vs. Texas A&M and Kentucky postponed last week due to COVID-19 Coronavirus contact tracing within the program. 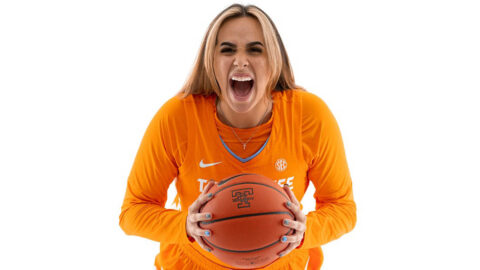 Tennessee is 5-0 at home this season. Combined with a 2-0 record at T-BA at the end of the 2019-20 campaign, the Lady Vols are looking to claim their eighth straight contest on The Summitt and extend their longest home win streak of the Harper era.

Thursday night’s game will be televised by SEC Network with Courtney Lyle (PxP) and Carolyn Peck (Analyst) on the call.

Single game tickets are on sale, starting at just $5,00. Go to AllVols.com [3] to purchase.

Tennessee is 4-0 in SEC openers vs. Arkansas, including 3-0 in Knoxville and 1-0 in Fayetteville.

In its first SEC home game of the season, Tennessee is 33-5, winning three of its last four such games.

No, It’s Not Our Latest SEC Start

Given that Tennessee’s first two games (Texas A&M, Kentucky) were lost to postponement because COVID-19 Coronavirus contact tracing within the UT program, one might think this is the latest the Lady Vols have ever started league play. That would be wrong.

Tennessee has started SEC play later than January 7th 10 times and has competed on January 7th on two other occasions.

UT is 11-1 in SEC openers played on January 7th and after.

Tennessee was ranked No. 28 in the NCAA’s first NET Rankings ever on January 4th. The rating tool replaces the previous RPI formula that was used for helping determine NCAA Tournament invitations and seeding.

In addition to the NET Rankings, the Lady Vols were drawing attention at No. 24 in this week’s Women’sHoopsWorld poll. UT has yet to move into the top 25 in the AP and USA TODAY polls.

Senior Rennia Davis [6], who is on all of the preseason awards watch lists (Wade, Wooden, Naismith, Cheryl Miller) and a projected All-SEC First Team pick by the coaches and players, is second in scoring (12.3 ppg.) and is first on the team in boards at 8.1 rpg.

Davis, who averaged 18.0 ppg. and 8.2 rpg. as a junior last season, had tough luck shooting and found herself in foul trouble in two of UT’s first four contests. A breakout game of 19 points and 15 rebounds vs. Indiana on December 17th, however, demonstrated that Davis has gotten her mojo back.

Senior Rennia Davis [6] turned in a double-double with 19 points and 11 rebounds to lead Tennessee to a 77-52 win over Lipscomb in Thompson-Boling Arena on January 28th.

Junior Rae Burrell [5] finished with 10 points to join Davis in double figures for Tennessee (6-1), and senior Kasiyahna Kushkituah [8] and sophomore Tamari Key [9] each added nine. Every active player for the Lady Vols finished with at least two points.

Lipscomb (3-3) was led by senior Taylor Clark who had 14 points and four rebounds.

Tennessee travels to Baton Rouge, LA, for a Sunday matinee at LSU. Tip time is 1:00pm CT (2:00pm ET) for a contest that will be streamed on SECN+.

That trip marks the first of three consecutive weekend road tilts for the Lady Vols.

Arkansas, meanwhile, is back home on Sunday and hosting Texas A&M in a 3:00pm CT contest at Bud Walton Arena in Fayetteville.

Tennessee is 1-1 in overtime and 2-0 in the postseason vs. UA, meeting for the first time in SEC Tournament play in 2016. UT prevailed, 68-51, in the second round in Jacksonville, Fla., on March 3 of that year.

Rennia Davis [6] first established her career high of 33 points and hit one of her 14 all-time shots with the clock winding down, draining a three at the close of the third period in Fayetteville on February 8th, 2018.

Then the starting point guard for UT, Kellie (Jolly) Harper tallied 11 points, five assists and three rebounds during 30 minutes of duty in that contest.

Harper finished her career with a 4-1 record vs. the Razorbacks as a player.

This is the second meeting between Harper and Mike Neighbors as head coaches, with Neighbors getting the “W” a year ago.

Second-year Lady Vol assistant coach Lacey Goldwire [11] was on Mike Neighbors’ staff at Arkansas for two seasons prior to joining Kellie Harper [1] at Tennessee in 2019-20.

UT assistant coach Jennifer Sullivan [12] and freshman Destiny Salary [13] hail from the Natural State, both calling the city of Jonesboro in northeastern Arkansas home and graduating from Jonesboro High School.

During her coaching career, Sullivan returned to her hometown from 2009-12 and coached at Arkansas State University.


About the Arkansas Razorbacks

The Razorbacks are off to a 10-2 start this season and stand 1-1 in league play.

Mike Neighbors is in his fourth season leading the Razorbacks. The 1993 UA graduate is 69-43 in Fayetteville and is 167-84 in his eighth year as a head coach. He spent four years at Washington prior to returning to his alma mater.

Despite being outscored in the second half 54-46, including 29-25 in the final stanza, Arkansas held on at home to defeat Missouri, 91-88, on Sunday.

UA won despite allowing Mizzou to outshoot it, 52.5 to 39.4 percent, from the field.

Burrell led Tennessee (17-9, 7-6 SEC) in scoring and rebounding with 21 points and nine boards, narrowly missing a double-double. Rennia Davis [6] was also in double digits, finishing with 18 points and eight rebounds.