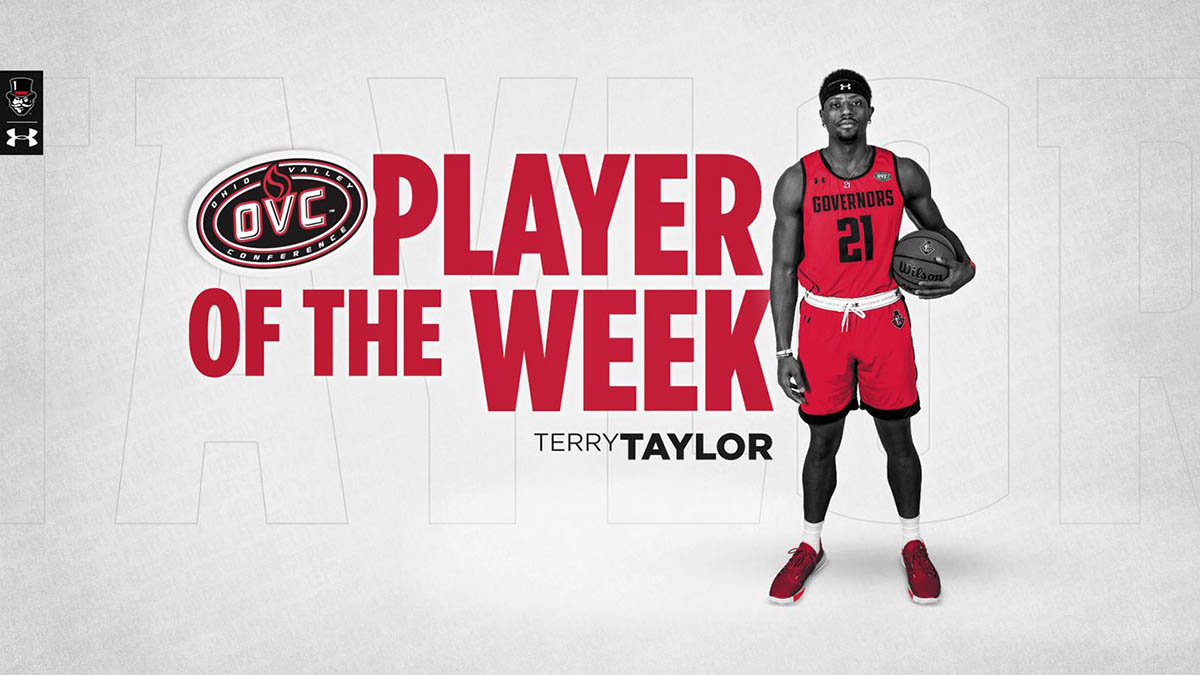 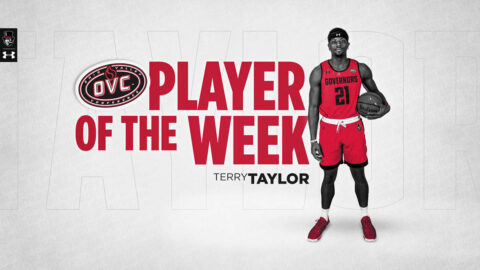 Against Eastern Illinois on Saturday, Taylor was a one-man wrecking crew who willed the Govs to victory.

He poured in 38 points and grabbed 17 rebounds—both single-game highs by an OVC player this season– to help the Govs take down the Panthers.

For good measure, he banked home the game-winning three as time expired to send the Govs home as winners. He also secured his 50th double-double as an APSU Gov, making him one of 16 Division I players since 2010 with 50 double-doubles for his career.

With this honor, his season’s third and the 15th of his illustrious career, Taylor equals Morehead State legend Kenneth Faried (2007-11) for most Player of the Week honors in conference history.

Later on Monday, it was learned that Taylor also secured the Lute Olson National Player of the Week honor from CollegeInsider.com, his second weekly honor this season from one of the nation’s foremost purveyors of mid-major analysis and the third of his career.