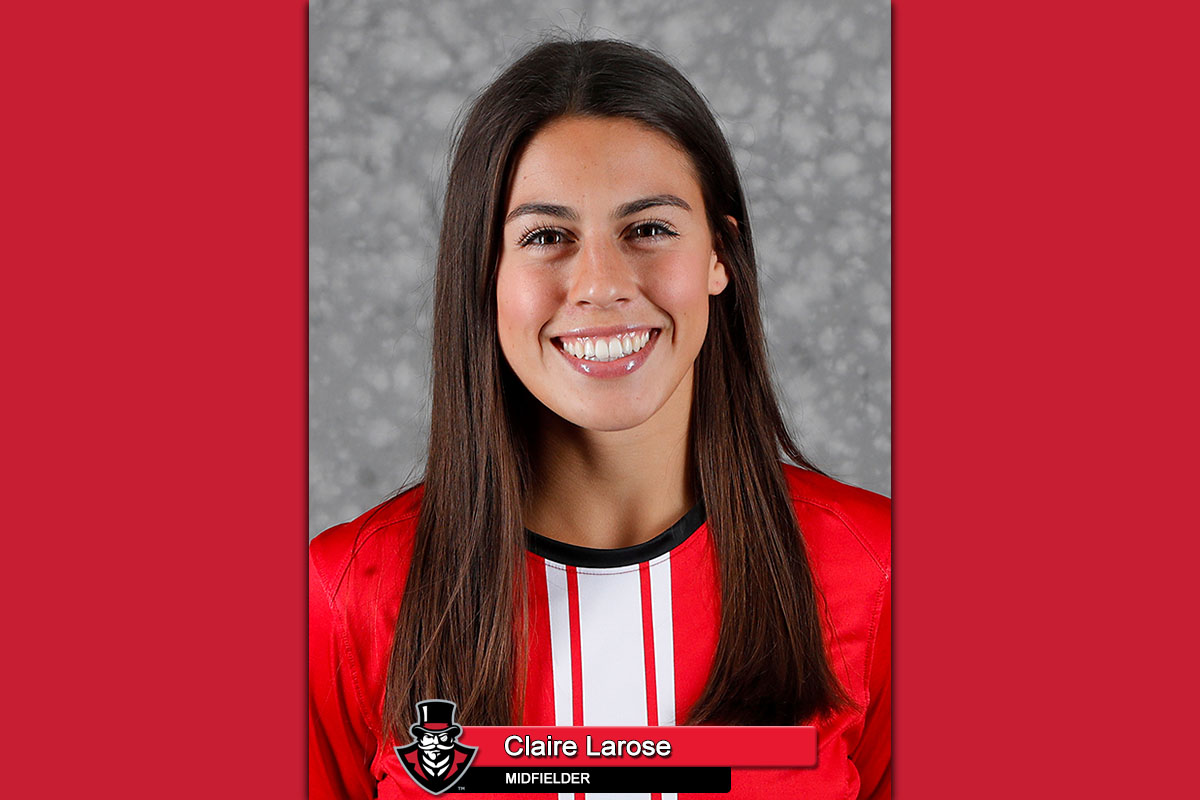 Brentwood, TN – Austin Peay State University (APSU) senior midfielder Claire Larose was named to the 2020-21 Ohio Valley Conference Soccer Players to Watch List and the Governors were picked to finish seventh in the OVC preseason poll, as voted on by the league’s head coaches and sports information directors. 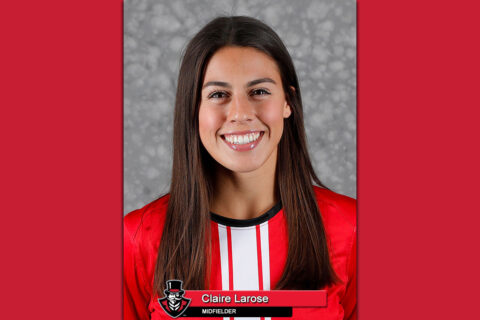 Of Larose’s three goals in 2019, she scored a team-high two game-winning goals, with the first coming against Evansville, September 15th, and the second coming at Eastern Kentucky, October 4th. The London, Ontario, native also matched her career-high with four points in the Govs 3-0 win against Morehead State, she found the back of the net in the 52nd minute and assisted on goals in the 19th and 74th minutes.

After just three seasons in Clarksville, Larose already ranks ninth all-time in goals (13) and tenth all-time in points (32). If Larose can lead the Govs in points during the 2021 season, she will join Ashley Beck and Tatiana Ariza as the only players in program history to lead the team in points in three-straight seasons.

Last season the Governors qualified for the OVC Tournament for the first time under head coach Naomi Kolarova, dropping an overtime match to Belmont, 1-0, in the first round of the tournament. Kolarova now enters her third season at the helm of Austin Peay State University soccer with a roster comprised of 18 returning letter winners and five freshmen.

2019 OVC All-Newcomer Anna McPhie was the Governors’ second-leading scorer last season with eight points in her freshman campaign. McPhie dished out a pair of assists and finished her first season in Clarksville tied for the team lead with three goals.

In net, the APSU Governors return a pair of goaltenders who have yet to start a collegiate game. Peyton Powell played 87 minutes last season, making seven saves and allowing one goal; while Chloé Dion played 27 minutes and faced no shots on goal.

As was previously announced by the OVC, due to challenges associated with the COVID-19 Coronavirus pandemic, it was decided that field sizes for some OVC Championships will be reduced as a one-year measure only. Women’s soccer is one of the team sports moving to smaller championship fields, and only four teams will qualify for the postseason this year.

In the time of COVID-19 Coronavirus, there is always a chance that a match will be postponed or not come to fruition. Be sure to check LetsGoPeay.com and follow @AustinPeaySOCR on Twitter for the latest updates.