Clarksville, TN – In the penultimate home match of the season, Austin Peay State University soccer is set to celebrate Senior Day when it hosts Eastern Illinois for a Friday match at Morgan Brothers Soccer Field. The game starts at 2:00pm. 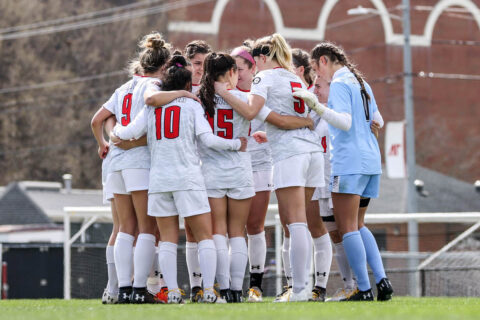 With six points this season, APSU is tied with Eastern Kentucky for eighth place in the Ohio Valley Conference standings.

UT Martin and Jacksonville State have seven points apiece and are tied for sixth place in the conference, while Tennessee Tech has nine points and controls the first spot outside of the OVC Tournament. Eastern Illinois has three points this season and the Panthers are tied with Morehead State for tenth place in the league.

After finishing in eighth place and claiming the final spot in the 2019 OVC Soccer Tournament, Eastern Illinois was tabbed to finish in the same spot by the league’s head coaches and SIDs in the 2020 Preseason Poll. Third-year head coach Jake Plant’s squad is 1-6 this season and returns 2019 Second-Team All-OVC selection Itxaso Aguero.

In last season’s meeting, Renick scored in the 33rd minute off an assist from Aguero and Eastern Illinois held a 1-0 lead for the majority of the match. But in the 85th minute, Anna McPhie [8] found the back of the net off an Ashley Whittaker [7] assist to send the match to overtime. Austin Peay State University’s Mary Parker Powell [9] made a pair saves in overtime and the Governors held on for a 1-1 double-overtime draw.

Prior to this season, Austin Peay State University returned a pair of goalkeepers who had yet to start a collegiate game; now Peyton Powell [11] (24 saves) and Chloé Dion [12] (12 saves) are the only pair of teammates to have double-digit saves in the OVC this season.

With a pair of saves last time out against Belmont, Powell has already made a career-best 24 saves this season.

Claire Larose [4] scored the 14th goal of her Austin Peay State University career against Eastern Kentucky, March 19th, and moved into a tie for seventh all-time in program history; she also ranks eighth all-time in points (35) and ninth in assists (7).

With a goal and an assist against Eastern Kentucky, Rachel Bradberry [13] now leads the Govs with 5 points this season. Bradberry’s 100th-minute goal against the Colonels was the seventh goal of her Austin Peay State University career and it was her first game-winning goal.

In APSU’s first three matches of the season, three of the four freshmen on the roster scored the first goal of their collegiate career. Isabel Petre [14] and Hannah Wilson [15] scored in the 56th and 74th minutes, respectively, against Jacksonville State, and Tori Case [16] scored in the 64th minute at SIU Edwardsville.

Ashley Whittaker’s [7] double-overtime goal against Jacksonville State was the fourth goal of her Austin Peay State University career and it was her first game-winning goal.

Austin Peay is holding soccer matches at Morgan Brothers Soccer Field in accordance with University, NCAA, and OVC guidelines. Additionally, the following policies are in effect for fans at Austin Peay soccer events:

APSU will strictly maintain social distancing measures at Morgan Brothers Soccer Field this season for the safety of fans, players, coaches, and staff. Individuals violating any of the above policies will be required to leave the facility.

Austin Peay will lay its final home game of the season when it hosts UT Martin for a 2:00pm, Tuesday match at Morgan Brothers Soccer Field. The Governors will then play their regular-season finale when they travel to Morehead State for a 5:00pm, April 2nd, match.