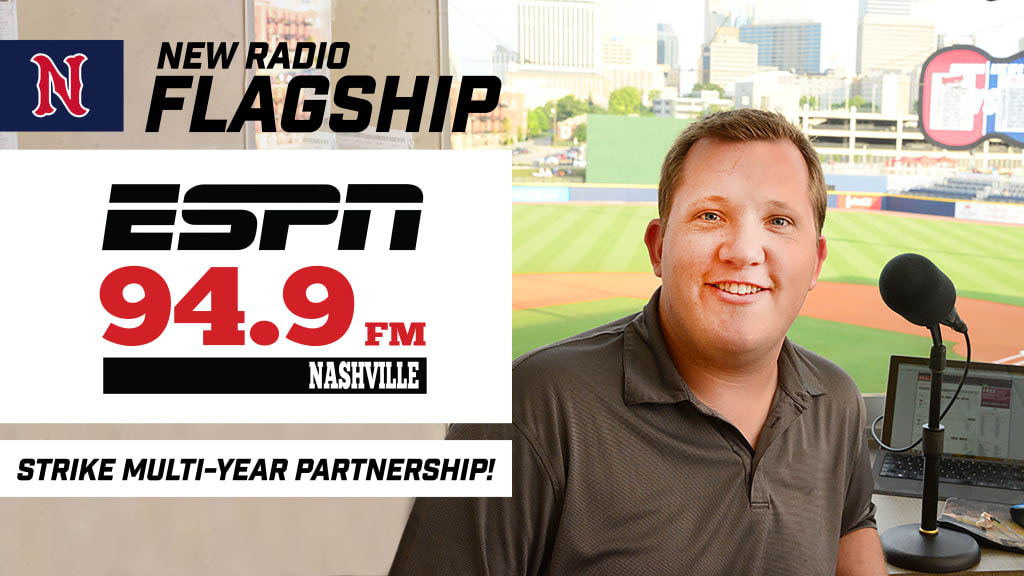 Nashville, TN – The Nashville Sounds Baseball Club and ESPN 94.9 has announced a multi-year partnership as the team’s flagship radio station, including all 120 game broadcasts during the 2021 season.

ESPN 94.9, a sister station of ESPN 102.5 The Game, has a strong broadcast reach throughout Middle Tennessee and is simulcast on 95.1 FM in Rutherford County and worldwide on The Game Nashville streaming app. 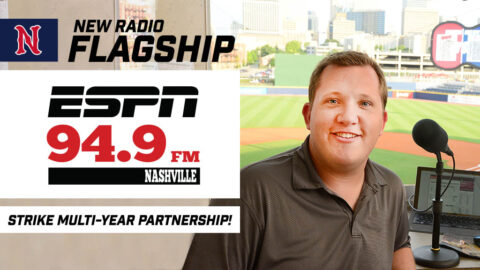 “The return of Nashville Sounds baseball has been long-awaited, and we’re thrilled to have our broadcasts heard near and far on ESPN 94.9,” Adam Nuse stated.

Jeff Hem will handle the play-by-play duties for all broadcasts in his ninth season as the “Voice of the Sounds.” Hem’s broadcasts will begin 15 minutes before the scheduled first pitch with a pre-game show and conclude with a 15-minute post-game show.

In addition to the ESPN 94.9 airwaves, all game broadcasts will be heard on www.nashvillesounds.com, the MiLB First Pitch app and The Game Nashville’s streaming app.

In the event of a broadcast conflict with a Nashville SC game, the Sounds will be heard on ESPN 102.5 The Game, which is also simulcast on 97.5 FM in Rutherford County.

The Nashville Sounds are the Triple-A affiliate of the Milwaukee Brewers and play at First Horizon Park. Opening Day is scheduled for Tuesday, May 4 when the Sounds visit the Toledo Mud Hens. For more information on 2021 Season Ticket Memberships, call 615.690.4487, or e-mail .