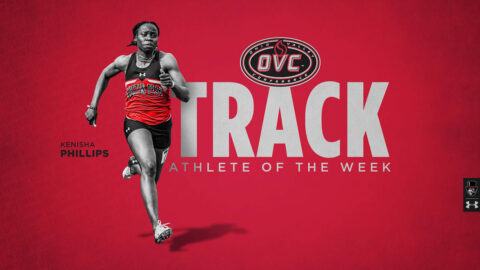 Phillips brought home Austin Peay State University’s first weekly honor from the league this season after equaling the school record in the 200-meter dash in her win at the Murray State-hosted Margaret Simmons Invitational, Saturday.

Her 23.93 mark tied Breigh Jones’ qualifying run in the 2015 OVC Outdoor Championships for the best time in program history.

This is Phillips’ first career Outdoor Track Athlete of the Week honor from the league; she earned a pair of indoor honors during her 2020 freshman campaign.

Phillips and the APSU Govs will compete at Western Kentucky’s Hilltopper Relays, Friday and Saturday, in Bowling Green Kentucky.