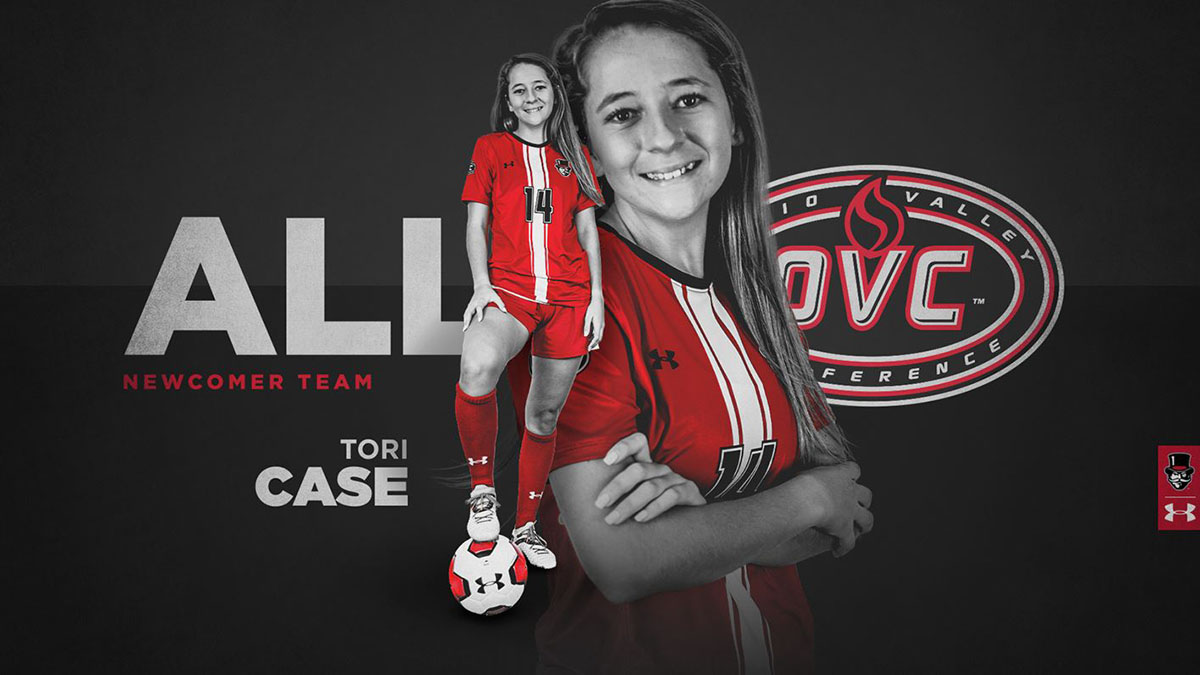 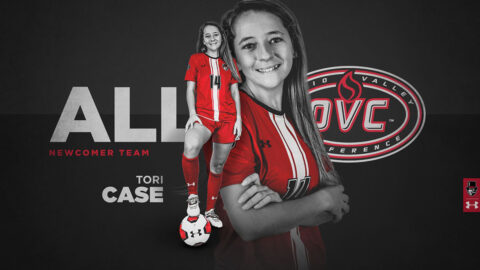 “We are delighted for Tori to be honored on the All-OVC Newcomer team,” said head coach Naomi Kolarova. “She has been clutch for us in the midfield this year.”

“She is so reliable, reads the game well, distributes smartly, defends hard, and is an exceptional leader on and off the field. We think she is very deserving of the recognition from other coaches in the league, and are excited to see her progress in our program over her career.”

A native of Brentwood, Tennessee, Case started all ten games at midfielder for Austin Peay State University during the delayed 2020 soccer season. Case was the only freshman to start every game for the Governors this season and played 894 minutes – which ranked third on the team.

Case led Austin Peay State University and was tied for fifth in the OVC with three assists in her freshman campaign, she was also tied for seventh in the OVC in assists per game (0.70).

The Ravenwood High School product scored her collegiate career’s first goal in APSU’s second game of the season, finding the back of the net in the 64th minute at SIU Edwardsville, March 5th. With a goal and three assists, Case scored five points in her freshman year – which was good for the third-best mark by an APSU Gov last season.

Case is the 15th Governor in program history to be named to the OVC All-Newcomer team and is the first since Anna McPhie received the same honors in 2019.