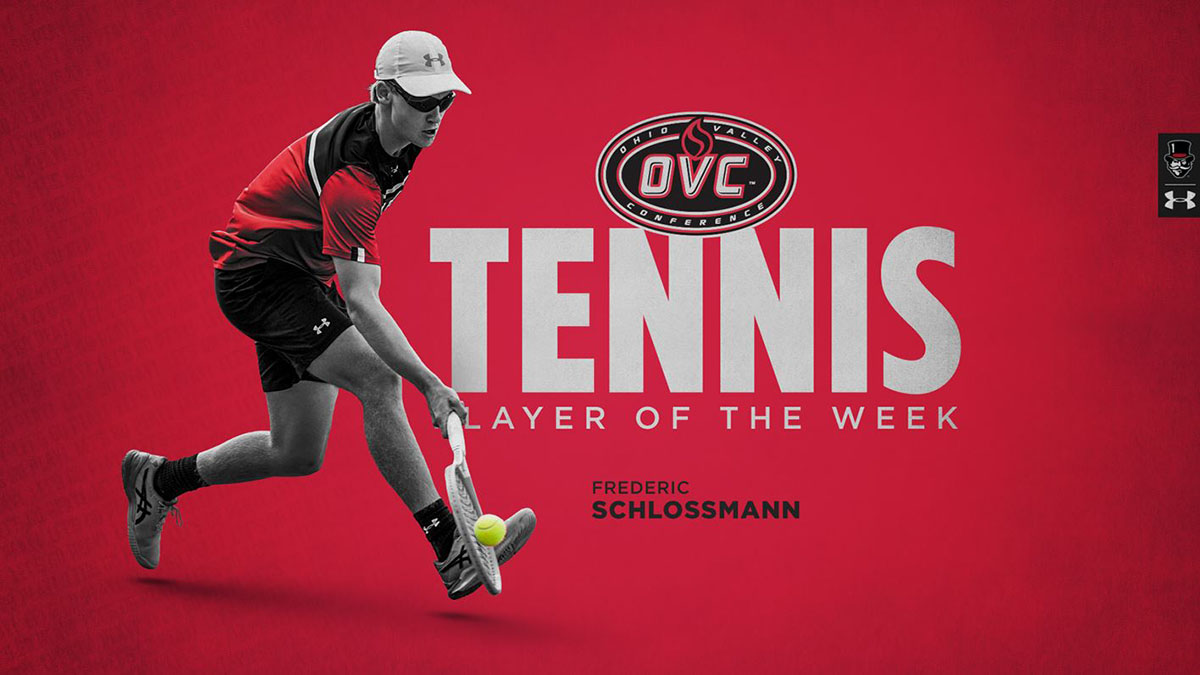 Brentwood, TN – After a perfect weekend while playing No. 1 singles and No. 1 doubles, Austin Peay State University (APSU) men’s tennis freshman Frederic Schlossmann has been named the Ohio Valley Conference Men’s Tennis Player of the Week for the first time in his career, the league announced Wednesday, April 14th, 2021. 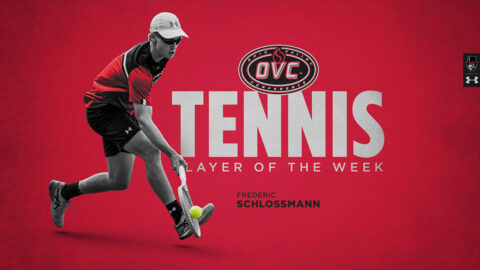 The win marked Schlossmann and Damberg’s team-best third doubles win of the season, with all of their wins coming from the No. 1 line.

While playing No. 1 singles, Schlossmann battled back to pick up a three-set win over Eastern Illinois’ Daniel Hernandez (3-6, 6-1, 6-1), after dropping the first set. Schlossmann is one of three Governors to have won a team-best four singles matches this season and he has done it while playing No. 1 and No. 2 as a freshman.

Schlossmann and the rest of the Austin Peay State University men’s tennis team will be back in action when they hit the road for their final match of the regular season at 1:00pm, Saturday, against Tennessee Tech. For news, match-time updates, and scores, be sure to check back at LetsGoPeay.com or follow the APSU Governors men’s tennis team on Twitter (@AustinPeayMTN).