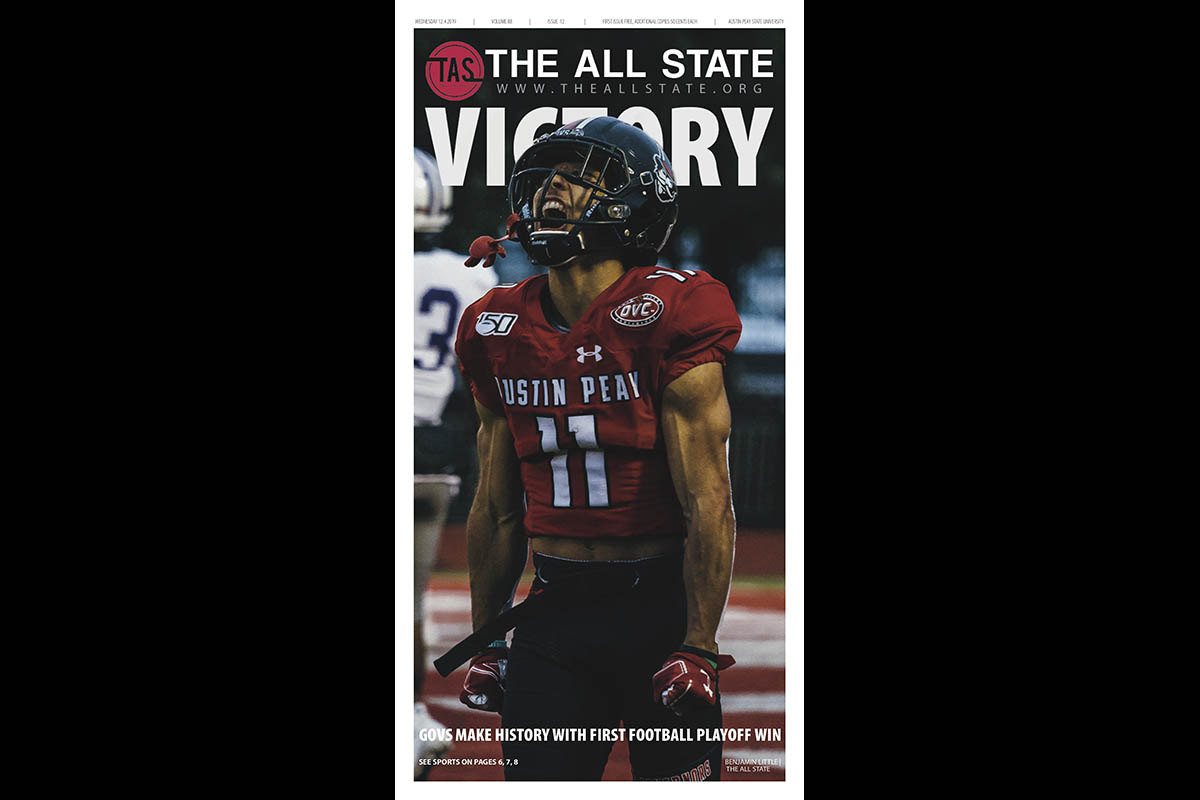 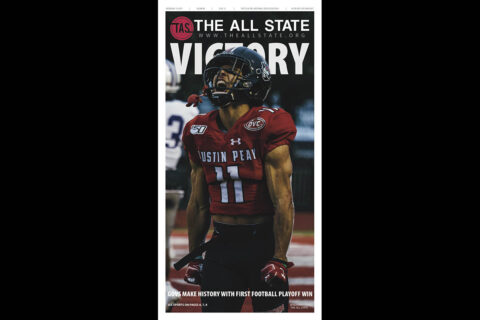 The Best of the South Awards competition had 369 entries from 27 universities across the Southeast. The awards ceremony was hosted live virtually from Lipscomb University in Nashville on March 26th.

Potenza, The All State’s multimedia editor, is responsible for the newspaper website.

“When I heard that The All State’s website placed second for Best Website, I was ecstatic,” she said. The All State’s second-place ranking came in a very competitive category.

“It feels great to have our hard work recognized and to know we have improved since last year’s competition when we placed third for best website,” she said.

A graduating senior, Potenza is an English major and graphic design minor.

Green’s high ranking in the SEJC competition follows a string of recognitions for her graphics design work with The All State.

Green’s submissions included graphic designs for Black History Month events and a Perspectives piece on the impact of virtual events.

Green said, “I definitely feel honored for my placing, and I couldn’t have come to this point without the guidance from my peers that has allowed me to excel.”

She is a graduating senior majoring in fine arts with a concentration in animation and visual effects.

Von Palko said, “Placing 10th two years in a row was amazing enough. To know you’ve made it when you doubt your own abilities is incredible.”

“But knowing my hard work at self-improvement placed me fourth for my final year at The All State is a feeling so great it is indescribable,” she added.

Her submissions for Best Arts & Entertainment Writer included a review of the Netflix biopic “When They See Us”; “Catastrophe,” a review of a film adaptation of the poem collection-turned-musical “Cats”; and a review of “Borat Subsequent Moviefilm.”

Von Palko, a graduating senior, is a communication arts major with a concentration in print and web journalism.

Williams, a senior communication major and editor-in-chief of The All State, said, “I only started writing opinion pieces last year, so to receive this award is really inspiring.”

She added, “I also think it once again really does speak to how much I’ve been encouraged and able to learn new skills and try different types of writing at The All State.”

Her opinion pieces submitted were “Govs still wear masks – Montgomery County should too,” “Virtual events only bring us further apart” and “APSU students should volunteer at the polls”.


Keller, a junior, is the sports editor for The All State and is a communication media major with a concentration in sports communication.

“I am so honored to receive eighth place for this award,” he said. “Ultimately, this nomination does not happen without my staff beside me. Our sports section at The All State hopes for even greater results next year!”

In October 2020, Maisie Williams also earned national recognition for The All State with an individual honorable mention national Pacemaker award in the Newspaper Front Page competition from the Associated Collegiate Press. The ACP Pacemaker awards are the preeminent national collegiate journalism awards.

Williams said, “The honorable mention award means so much because that’s on the national level. The best college journalism programs across America competed.”

“Before I joined The All State, I knew nothing about graphic design. So to now be in a place where I’ve ranked nationally really speaks to how much I’ve been able to learn and grow working for The All State,” she added.


The All State student newspaper, established in 1930, publishes every other Wednesday in print and is distributed on APSU’s Clarksville and Fort Campbell campuses. It publishes regularly online at www.theallstate.org

Dr. Patricia Ferrier currently serves as the adviser. The All State is housed in the Department of Student Publications, a part of the APSU Division of Student Affairs.