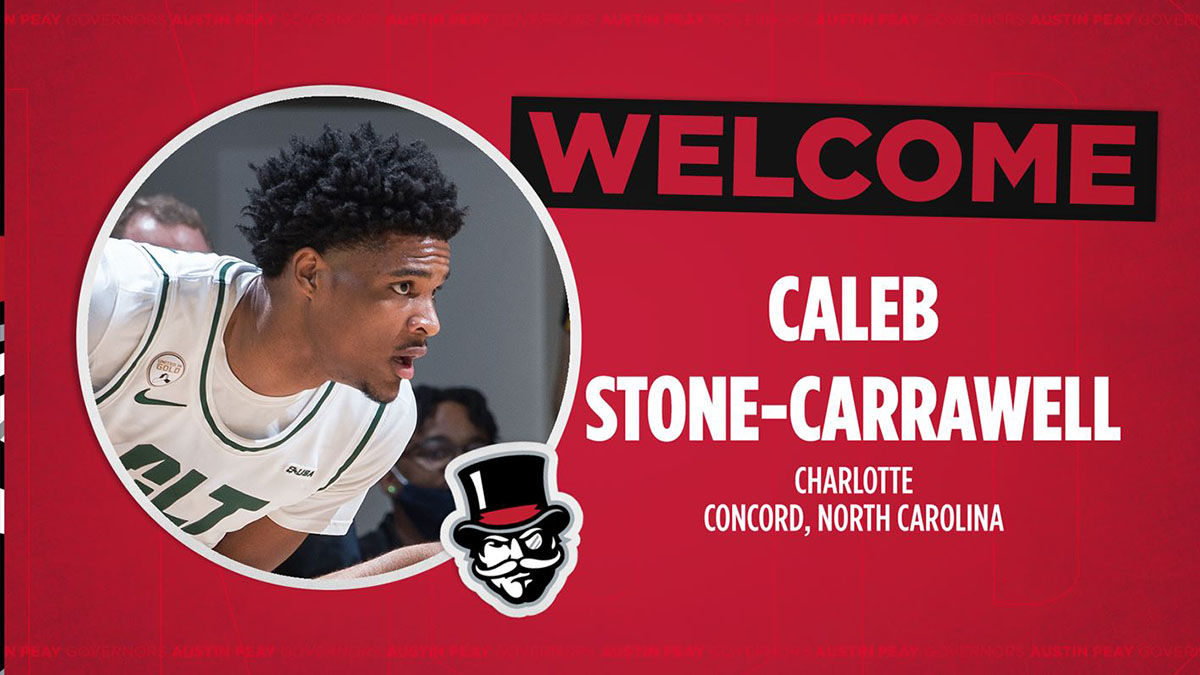 Clarksville, TN – Austin Peay State University (APSU) head men’s basketball coach Nate James has begun to fill out his inaugural recruiting class, and he will do so with Caleb Stone-Carrawell, a 6-7 wing from Concord, North Carolina. 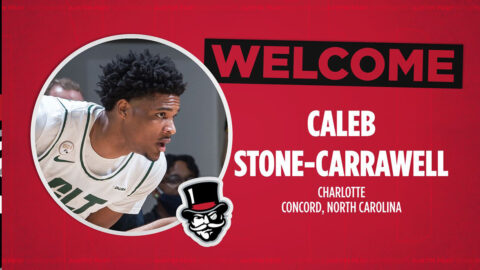 Stone-Carrawell spent the past two seasons at Charlotte, redshirting in 2019-20 before averaging nearly 10 minutes per game in 13 appearances a year ago while navigating missing a month following an ankle sprain suffered on New Year’s Day against Western Kentucky.

Stone-Carrawell was vital in a reserve role for the 49ers, providing quality depth and size on the wing. He also proved he could score in bunches as well, like when he needed just 14 minutes to net 10 points against UTEP, February 27th.

Prior to his time in Charlotte, Stone-Carrawell was a vital part of two North Carolina Class 3A state title teams at Cox Mill High School, where he was named all-conference as a junior and a senior. He scored 13 points and grabbed seven rebounds to help Cox Mill win the 2017 title as a sophomore, then was named Tournament Most Outstanding Player as a junior after an 18-point performance in the title game.

As a senior, Stone-Carrawell was invited to the 2019 Carolinas Classic All-State Basketball Game and was named one of the top-20 senior basketball players in the state.

On the amateur circuits, Stone-Carrawell played AAU ball for Team United and PSB Elite. He is the son of former Duke standout and current Duke assistant coach Chris Carrawell, who played with James at Duke from 1996-2000 and co-captained the 2000 Blue Devil team who advanced to the Sweet 16.

“I’m very excited to finally coach Caleb,” James said. “He’s an extremely versatile player, capable of playing and guarding 1-through-4 on the floor. At 6-7 with ball handling skills, his play-making ability will create offensive opportunities for his teammates.

“Caleb is a fantastic culture kid with high character and tons of talent. He will make a positive impact on and off the floor. Being a coaches kid, he will most certainly uphold the standard of excellence of our basketball program and Austin Peay State University. I know Caleb to be a winner and great piece to add to our program.”