HomeSportsTennessee Titans have 22nd Pick in the 2021 NFL Draft
Sports

Tennessee Titans have 22nd Pick in the 2021 NFL Draft 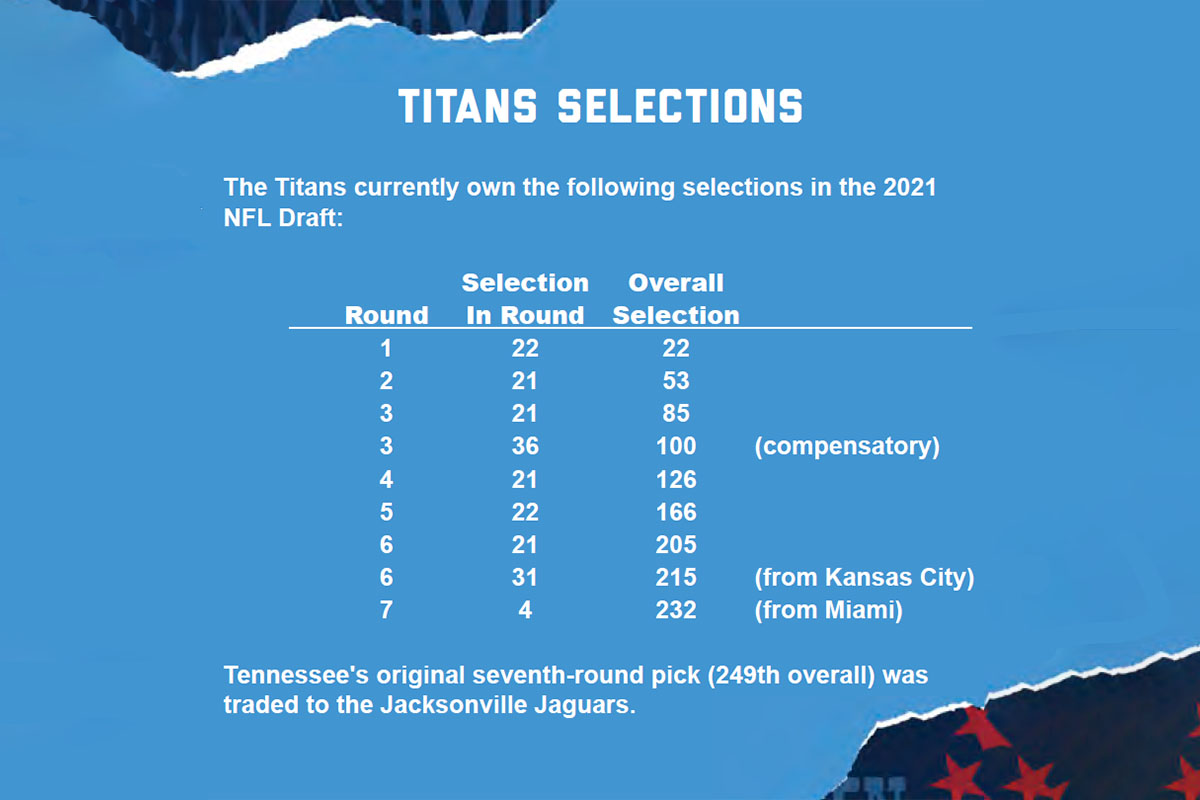 Playoff teams select 19th through 32nd based on their level of advancement in the postseason.

The Tennessee Titans finished 11-5 during the 2020 regular season and advanced to the wild card round.

The Indianapolis Colts did the same, and as a result, the two division rivals will rotate picks 21 and 22 in each round. Based on the 2020 strength-of-schedule tiebreaker (.475 for the Titans; .443 for the Colts), the Colts will pick ahead of the Titans in Round 1, the Titans will pick in front of the Colts in the second round, etc.

There have been two prior drafts in franchise history in which the team used the 22nd overall pick. In 1988, the Oilers used the pick on Michigan State running back Lorenzo White.

Over the next seven seasons, White appeared in 95 games for the Oilers, rushing for 4,079 yards and 29 touchdowns and adding 184 receptions for 1,674 yards and six scores. He was a Pro Bowl selection in 1992. 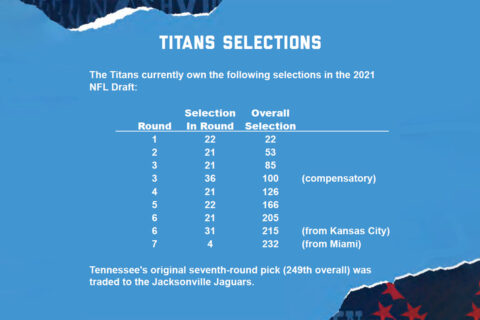 More recently, the Tennessee Titans traded up to the 22nd slot (from 25) to select Alabama linebacker Rashaan Evans in 2018. Evans has started every game for the team for the past two seasons. He led the team with 139 tackles in 2019 and ranked third with 96 stops in 2020.

One year ago the 22nd pick was Louisiana State wide receiver Justin Jefferson, who was taken by the Minnesota Vikings. Jefferson made the Pro Bowl as a rookie after totaling 88 receptions for 1,400 yards and seven touchdowns.

The Tennessee Titans own the 53rd overall pick in the second round, and their initial pick in the third round is 85th overall. The latter is one spot sooner than would otherwise be the case due to the New England Patriots’ forfeiture of their third-round pick.