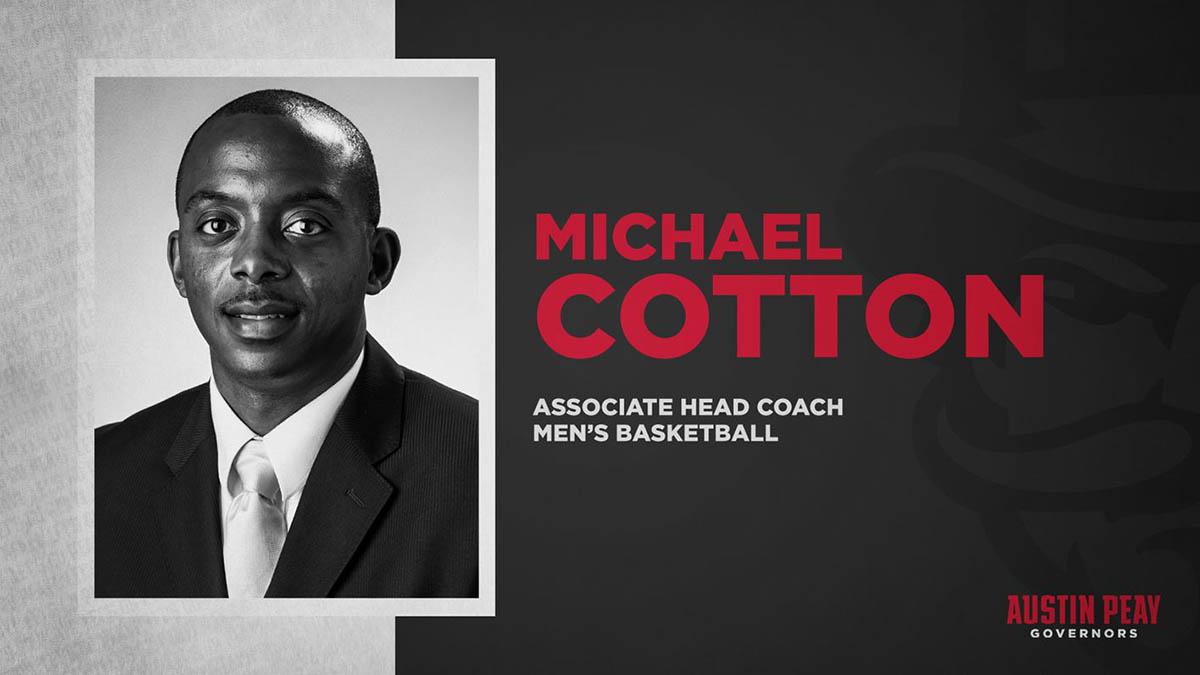 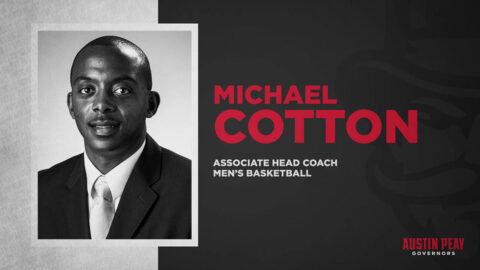 A veteran across the collegiate landscape, Cotton has spent over a decade climbing the collegiate ranks after a decorated collegiate career which began at Oklahoma and ended at Boston College, where he played for Al Skinner—the man he would serve as associate head coach at Kennesaw State from 2015-19.

Prior to Kennesaw, Cotton spent two seasons as an assistant coach at North Carolina Central under head coach LeVelle Moton where his duties included off-campus recruiting, guard development, game scouting, and practice and game coaching. At NC Central, Cotton was instrumental in the Eagles successful 2014 season where they were crowned both the regular season and conference tourney champions and earned the subsequent NCAA Tournament appearance.

In 2015, the Eagles fell just short in the MEAC conference tourney, but as regular-season champions, earned a berth in the NIT before falling to eventual runner-up Miami.

Cotton spent the 2012-13 season at Rider in Lawrenceville, New Jersey under head coach Kevin Baggett. A trio of Broncs earned All-MAAC honors that season and Rider advanced to the CIT Second Round.

Cotton got his collegiate coaching start in the Patriot League, where he spent four years at Bucknell under head coach Dave Paulsen and helped the Bison win the 2011 regular season and Patriot League Tournament championships and earn an NCAA Tournament berth. The Bison won the Patriot League regular-season title for the second year in a row in 2011-12, but lost in the tournament championship game to Lehigh. Bucknell advanced to the second round of the 2012 NIT with a double-digit opening-round win over Arizona before losing a close game to Nevada.

Cotton joined Bucknell’s staff after spending time in Durham, N.C. where he was the head basketball coach at Kestrel Heights School and owner of Complete Player Development, LLC, a basketball instructional training program for players from elementary school through college. In 2007-08, Cotton led his Kestrel Heights team to the Central Carolina Athletic League regular-season title and a runner-up finish in the conference tournament, while also teaching algebra and science.


From 2005-07, Cotton was the head varsity basketball coach at Western Vance High School in Henderson, N.C. In addition to teaching algebra, he coached his team to a league title and an undefeated conference record. Cotton also coached at the prep level at Bonner Academy in Raleigh, N.C., in 2003-04. A year later he served as the coordinator of Communities in Schools of Wake County, a program that served middle and high school students in the Raleigh area who were serving long-term suspensions from school.

Since graduating from Boston College with a degree in biopsychology in 2000, Cotton also spent time working in the business and technical fields, and he was active in AAU basketball in both North Carolina and Georgia. From 2001-03, he was head coach of the Garner Road YMCA AAU team; he was associate head coach of the Carolina Cougars from 2003-05; and he was head coach of the United Celtics in 2006-07, helping the 14-and-under team qualify for the Division I AAU National Championships. In the two years since leaving Kennesaw State, he has coached with Athletes of Tomorrow (A.O.T.) one of Georgia’s premier EYBL basketball organizations.

The son of a U.S. Air Force serviceman, Cotton was born in Detroit, spent parts of his childhood in Texas, the Philippines, New Mexico and Alaska, and attended high school in Arkansas. His collegiate basketball career began at Oklahoma, before he transferred to Boston College following his sophomore year. As a 6-4 guard, Cotton was a starter for the Eagles during both his junior and senior seasons. At Oklahoma, Cotton was named Big 12 Student of the Week, a Sooner Scholar and he was a member of the Student-Athlete Advisory Committee.

Cotton and his wife, Kendra, have a daughter, Jarah, a second-year at Harvard University, and two sons, Kael and Rhys.