Clarksville, TN – The next addition to the Austin Peay State University (APSU) men’s basketball team for the 2021-22 campaign is Noel Scott, a 6-3 combo guard from Los Angeles, CA. 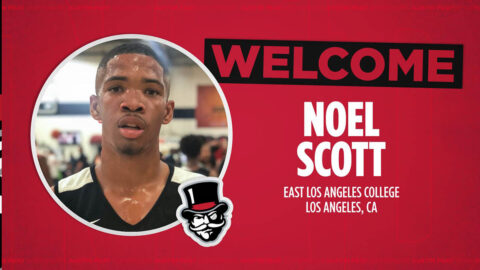 Prior to that, Scott was a dynamic playmaker for Woodstock Academy in a post-prep season at the prestigious Connecticut prep school, which has produced numerous Division I players since its inaugural 2017-18 season.

On the summer circuits, Scott starred for West Coast Elite, which has turned out future pros such as Josh Green, Nico Mannion, Cassius Stanley, and others over the years.

“Noel is a tough, physical hard-nosed guard who prides himself on being a defensive stopper,” said Austin Peay head coach Nate James [1]. “He’s also a terrific playmaker constantly looking to create offense for himself and his teammates.

“He was a standout guard on a loaded Woodstock Academy team that featured more than a dozen Division I players and is coming off a canceled season within a storied program at ELAC. Noel is a natural leader who is hungry to get back on the court and help his team win. We are excited to have him join the Governor family!”