Washington, D.C. – On the week, the national gas price average jumped six cents to $2.96. If the trend continues, an increase of three more cents would make the national average the most expensive since November 2014 –the last time we saw average prices at $2.99 and higher.

AAA forecasts gas prices to climb this week in reaction to the shutdown of the Colonial Pipeline, which delivers approximately 45% of all fuel to the East Coast. 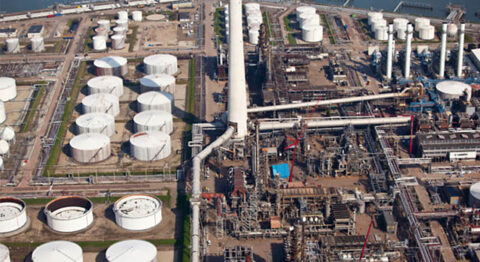 Over the weekend, the Colonial Pipeline announced they were the victim of a cybersecurity attack and, as a precaution, shut down the pipeline, which runs from Texas to New York Harbor.

At this time, some lateral lines have reopened, but there is no word of when the mainline, including the gasoline line, will be operational.

“This shutdown will have implications on both gasoline supply and prices, but the impact will vary regionally. Areas including Mississippi, Tennessee, and the east coast from Georgia into Delaware are most likely to experience limited fuel availability and price increases, as early as this week,” said Jeanette McGee, AAA spokesperson. “These states may see prices increase three to seven cents this week.”

The longer the pipeline is offline, the larger the impact on the east coast. However, foreign gasoline imports and other pipelines can supplement Northeastern supply. Other areas of the country will see little impact.

While there is sufficient gasoline supply in the U.S. (235.8 million bbl), other pipelines and the U.S., Department of Transportation’s temporary hours-of-service exemption [1] for tanker trucks transporting gasoline and other fuels, will be able to ease the strain, but not resolve the issues caused by the pipeline interruption. Once the pipeline is up and running, there could still be residual delays as it takes about 15–18 days for fuel to flow from Texas to New York.

AAA will continue to monitor the latest news concerning the Colonial Pipeline. In the meantime, we urge against panic-buying of gasoline. Keep these tips in mind to conserve fuel: 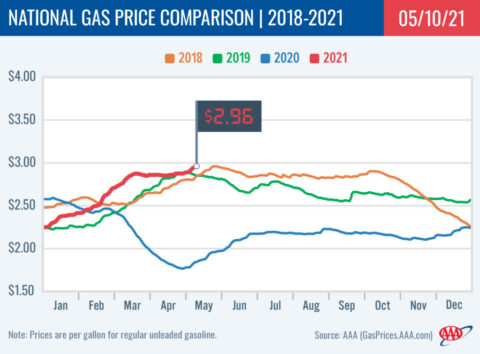 At the close of Friday’s formal trading session, WTI increased by 19 cents to settle at $64.90. Market optimism that crude demand will recover, despite an uptick in coronavirus infection rates, helped to lift prices last week. Prices could continue to climb this week if the market remains optimistic as vaccines continue to rollout.