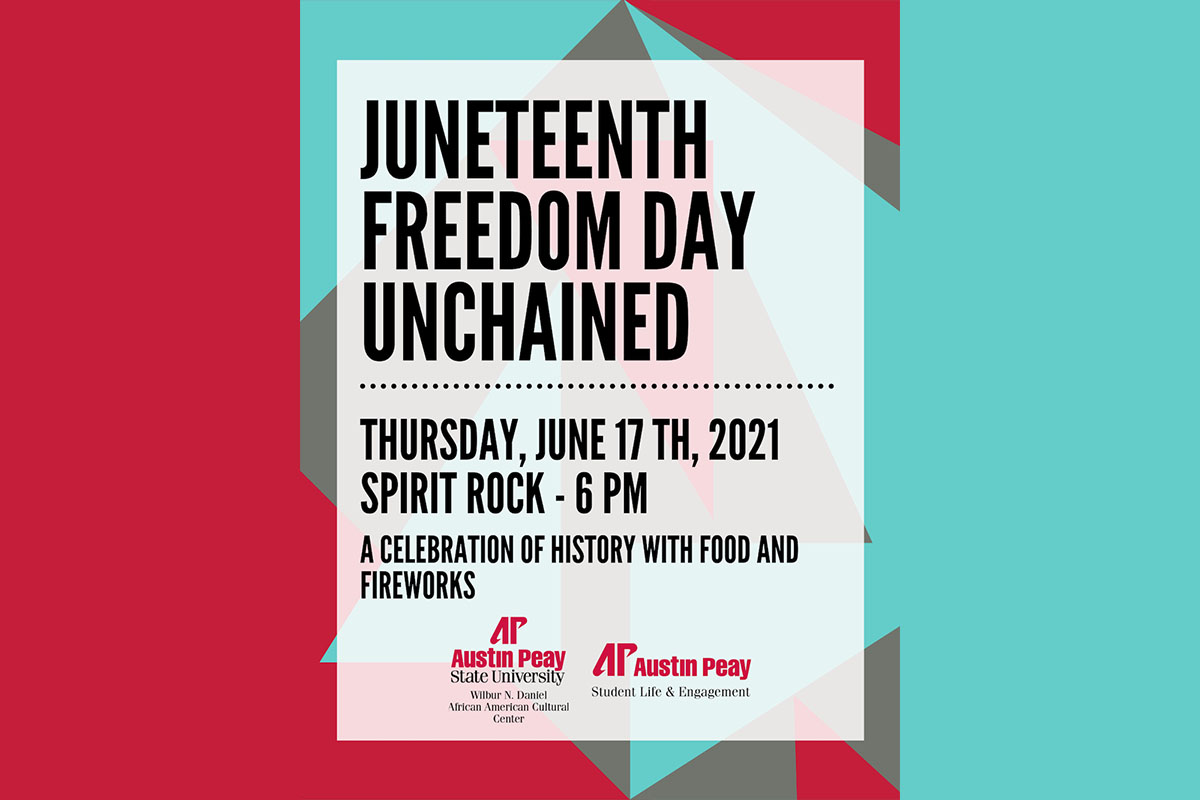 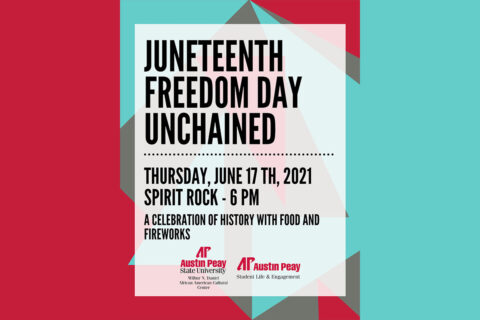 The event, sponsored by the Office of Student Life and Engagement (SLE) and the Wilbur N. Daniel African American Cultural Center (WNDAACC), is free and open to the public.

“Juneteenth means a lot to me; it’s a day that I get to celebrate that neither my children nor myself ever had to deal with a day in bondage,” Harold Wallace III, WNDAACC director, said.

On June 19th, 1865 – two years after the signing of the Emancipation Proclamation – federal soldiers arrived in Galveston, Texas, officially ending slavery in the United States. The day, now known as Juneteenth, is one of the country’s oldest African American holidays.

“We stand on the shoulders of our ancestors and all of the many sacrifices they had to make to survive,” Wallace III said. “Now I get the opportunity to help push my children to not only survive but excel.”

The Austin Peay State University event will provide historical information about the holiday, performances, and vendors from local, Black-owned businesses. The celebration will conclude with a fireworks show at sunset.

For information and to RSVP, visit the event page on PeayLink.