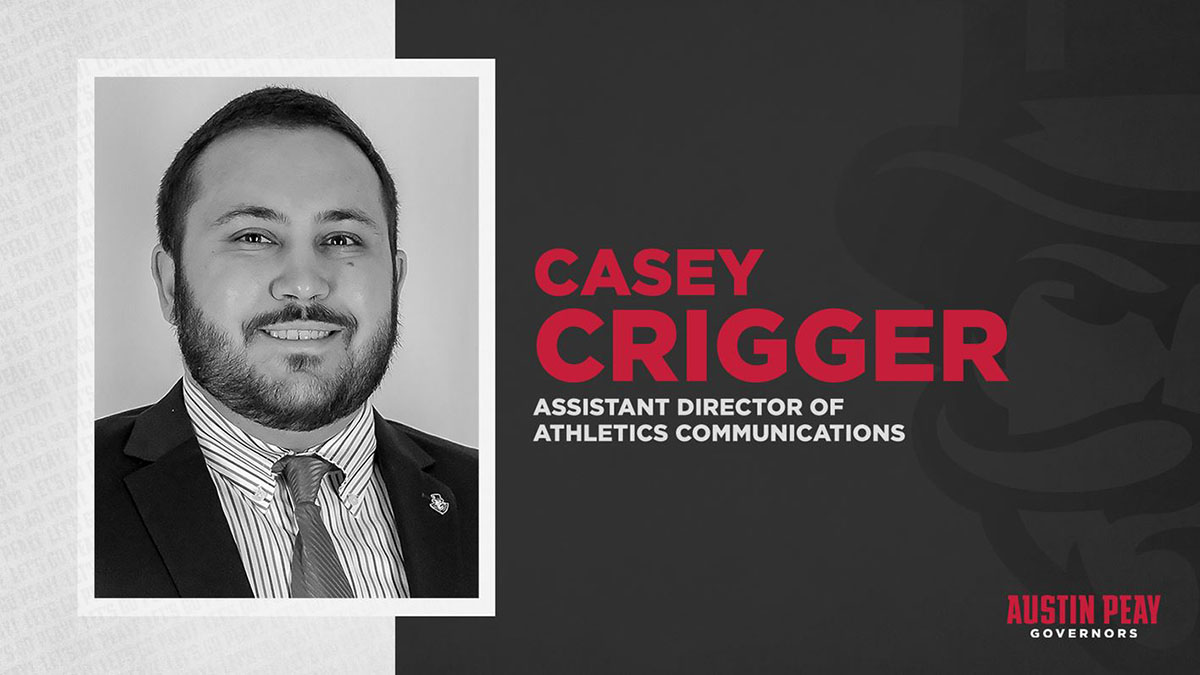 Crigger, a Johnson City native, has been a member of the athletics communications staff as a student and graduate student for the past four years. He will remain the department’s primary athletics communications contact for women’s soccer and women’s basketball and will move into a secondary role for the Austin Peay State University football program. 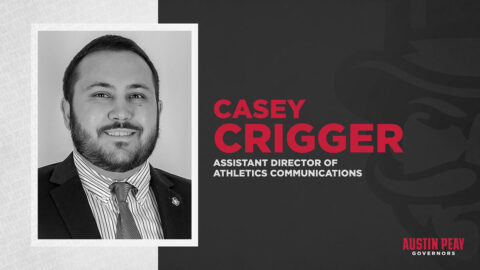 “Casey’s work both as a student and graduate student proved he has the drive and talent to tell the story of Austin Peay student-athletes, both through traditional and digital media,” said assistant director of athletics communications Cody Bush. “I’m glad to have Casey remain on our staff where he will allow us to provide a breadth of coverage for our teams that is the envy of our peers.”

“I am thrilled to have the opportunity to remain at Austin Peay,” said Crigger. “I want to thank (Director of Athletics) Gerald Harrison for this opportunity. I also want to thank everyone who helped me get to this point, especially Jordan Harmon, Cody Bush, Colby Wilson, and (former Austin Peay State University assistant baseball coach) Ryan Edwards.”

After beginning his Austin Peay State University career as a baseball student manager for three seasons, he joined the communications office as a student assistant and assisted with the department’s social media coverage.

Following completion of his bachelor’s degree in 2019, he remained on the staff and promoted to the office’s athletics communications assistant position. In that role, Crigger was the primary contact for the Governors women’s soccer, women’s basketball, and tennis programs and secondary contact for its softball program and assisted with coverage of the Governors football team during its 2019 postseason run.

Crigger earned his bachelor’s degree from Austin Peay State University in 2019, majoring in history. He received his master’s degree in sports management and administration from Liberty in December 2020.